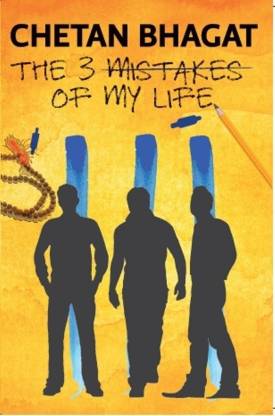 The 3 Mistakes of My Life (English, Paperback, Bhagat Chetan)

The 3 Mistakes of My Life  (English, Paperback, Bhagat Chetan)

The 3 Mistakes of My Life is Chetan Bhagat’s third novel. It revolves around the lives of three main characters who are friends. Govind is a normal guy who is ambitious and focuses on becoming a businessman, Ishaan who is a cricket fanatic, patriot and one of the best cricketers in his locality and finally Omi who is the son of the local temple priest. The story describes the intertwined lives of the three characters that bring about the happening of the three mistakes. 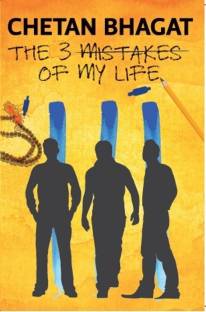 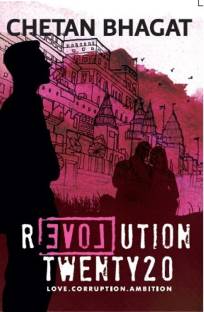 The Most Knowledgable & Amazing Book

I have chosen this product because I had actually liked the product and I thought that I could gain some kind of knowledge and gain for myself if I had read and understood this book very well and even my knowledge and will-power would have been increased by trying to learn and read through this book.
READ MORE

A good book from Chetan Bhagat.. Different from other books but I felt a bit similar to Five point someone, the friendship and love part.. A good option to try.
READ MORE

It's a fantastic Book. I would recommend it everybody still I haven't read this whole book but even the starting pages are just mind blowing. The book is about three friends while they choose to start a new business. They face different kinds of problems. And, thanks Filpkart services for fast delivery and well maintained book.
READ MORE

wow that’s a wonderful book I ever read... the books are in perfect shape even without a scratch even though they were delivered from a far place ... superb courier service and good book
READ MORE

fast delivery amazing packing and product condition was just fabulous , It was the most perfect packing I have ever seen by flipkart by far
READ MORE

Nice book. Fast delivery. But handling of the book was not proper while shipping. It came with only outer plastic bag and with many scrates.
READ MORE

The book is ok..ok..for beginner like me..but instead prefer books of authors like savi Sharma and other new writers...
Still liked the book
READ MORE

It is a really good book by chetan ji..I am verry happy to this book and also happy to flipkart.please buy it from flipkart only.
READ MORE

0
0
Permalink
Report Abuse
+
All 847 reviews
Have doubts regarding this product?
Safe and Secure Payments.Easy returns.100% Authentic products.
You might be interested in