Adultery is the sixteenth major novel by the Brazilian author, Paulo Coelho. Originally written in his native language, Portuguese, this novel depicts the subtle nuances of the theme of adultery.

A woman in her thirties is beginning to question the mundanity of her life. Although it might seem to outsiders that her life is perfect with a seemingly happy marriage and a reputable job, she seems to be faking happiness when all she feels in life is a massive lack. Everything is changed when an ex-boyfriend happens to come back into her life. Jacob has become a famous politician. He ends up kindling Linda’s passion. Linda is ready to go to any extent to live an impossible life and reinvent love. But, she also discovers that she is ready to tread the path of redemption when life takes unexpected twists and turns.

Paulo Coelho was born in Brazil. He is one of the most widely read and loved authors in the world. Especially known for The Alchemist and Eleven Minutes, he has sold more than a 100 million books worldwide and his works have been translated into several different languages. The recipient of numerous prestigious international awards, amongst them the Crystal Award by the World Economic Forum and France's Legion d'Honneur, Paulo Coelho was inducted into the Brazilian Academy of Letters in 2002. 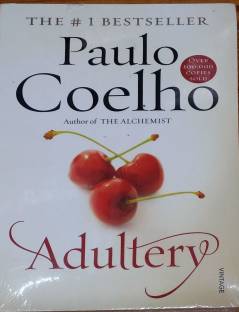 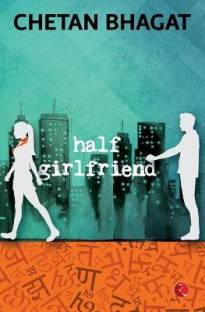 Story line of any of the books of the writer is simple- a journey. This is a story of journey of a person who decides NOT to fake happiness and instead live life as per choice. The chosen path is full of social stigma, taboos, acceptances and rejections of choices and yes, it is considered as dangerous in conventional social norms and relationships. The novel is able to beautifully capture pleasure and pain of such path, which is more in the inner world of the person than at physical level. I...
READ MORE

Interesting book.Its simple to understand and relate to.Its not one of the best books that I have ever read.The story is a bit predictable but the author has written it in a manner where u find simplicity in the narrative style that is fun to read.
READ MORE

Paulo Coelho can never be waste of money!

Before the book was released, I already knew that was going to be an exemplary work. The amount of research Mr. Coelho does before writing a book is remarkable. It’s obviously a little adult but it’s not just another book, it’s extremely inspiring and give answers to those questions which I thought never even existed.

It’s basically about a thirty-something woman who is bored with her too perfect life and thus ends up in an extra-marital affair with her ex-boyfriend from high school. ...
READ MORE

Not a big fan

I have not a big fan of Paul. I have tried a lot to like this guy and find out why he is famous but after reading three books of him still not impressed. Same goes for this book not so impressed with the story or writing or the characters and it is far from reality so cant categorize this book in any of the leagues nor can I suggest a friend by saying anything positive. Invest your money in reading some other books which are more closer to reality.
READ MORE

It has been one of the most insipid , puerile & jejune work from the man who penned Alchemist . You can't expect such a vapid & immature work from a man who is widely acclaimed world over as a writer of repute. Anyone who wishes to go down the memory lane of one's college days when one catered to one's basic instinct by reading those taboo books that led you to the road of moral depravity & turpitude , well can go ahead to buy this book. But those looking for intelluctual gratification can ...
READ MORE

In Adultery, we meet Linda, who is a journalist in her thirties, with a husband and two children, living in Switzerland and rich to boot. Her clothes are designer and she has a picture perfect life. Until, that is, the day she decides she is depressed with the perfection all around her and embarks on the road to adultery to alleviate her boredom. For this purpose, she chooses the convenient ex-boyfriend, Jacob, who is now a prominent politician and has just strolled back into her life.

Adultery: A Cure for Depression?

The great secrets I learnt from this book are:
Adultery is a cure for Depression.Paragliding is a cure for Adultery.
Otherwise the book is a mere prattling of a super rich and sexually starved woman who behaves promiscuously and justifies it philosophically. Many women would actually enjoy having Linda's "problems"! And they would not resort to such depraved behaviour on a dubious journey of "self-discovery" which has become Coelho's euphemism for depravity and irresponsible behaviour.
That'...
READ MORE

PAULO COELHO AFTER ALL!

To all the Paulo Coelho fans out there, who have already read pieces from him in the past, Or to those who haven't, this is a must read. You'll pretty much end up having a clear perception about the insecurities in your life and have it sorted out.
Also, amazing service by Flipkart, received it well before the delivery date, and in great condition as well. Kudos!
READ MORE

Not the best work from a great author. Some books make you want to read it again but this is not that one.
READ MORE

when i made up my mind to search online reviews for this book , i found a lot of spoilers and criticisms about this book . I am an ardent follower of Paulo Coelho's books . Having read many other books of his , i was excited for ADULTERY TOO. Many found the book disappointing but not me .It was a fresh theme . Helplessness and longing , two emotions that define the journey of the book . Paulo Coelho like every other book keeps his enlightening universal symbolism alive n this book too . To...
READ MORE