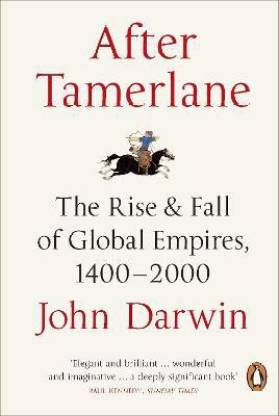 Get notified when this item comes back in stock.
Home
Books
History and Archaeology Books

Tamerlane, the Ottomans, the Mughals, the Manchus, the British, the Soviets, the Japanese and the Nazis All built empires they hoped would last forever: all were destined to fail. But, as John Darwin shows in his magnificent book, their empire building created the world we know today. From the death of Tamerlane in 1405, last of the 'world conquerors', to the rise and fall of European empires, and from America's growing colonial presence to the resurgence of India and China as global economic powers, "After Tamerlane" provides a wonderfully intriguing perspective on the past, present and future of empires.