Description
Narrative history at its most compelling, After the Prophet allows readers to grasp the power and depth of the Shia-Sunni split as never before.

Even as Muhammad lay dying, the battle over who would succeed him as the ruler of the Muslim people had begun. And as Lesley Hazleton shows in her gripping history After the Prophet, the battle has never ended. This is the foundation story of the Shia-Sunni split in Islam, a magnificent tale of power, intrigue, assassination, and passionate faith. Starting in Arabia in the year 632 and reaching its terrible breaking point fifty years later in Iraq, it still shapes modern headlines from Iran’s Islamic Revolution to the Iraq civil war.

The succession crisis set Muhammad’s son-in-law, the philosopher-warrior Ali, in opposition to the controversial Aisha, Muhammad’s favorite wife. She would defy all expectations by leading an army against Ali, urging on her warriors in the thick of battle. The ultimate breaking point came when soldiers of the first Sunni dynasty massacred seventy-two warriors led by Ali’s son, Hussein, at Karbala in Iraq, forging the Shia-Sunni split in blood. Hussein’s ordeal would quickly become the Passion story at the core of Shia Islam, and history would be transformed into sacred history.

Balancing past and present, Lesley Hazleton shows how this story is alive in Middle Eastern hearts and minds today, as though it had just happened. Even as she tells what happened in the seventh century, she never lets the reader lose sight of where those events have left us, and why they matter so much now as the struggle for dominance in the Muslim world plays out in the cities and mountains of Iraq and Iran, Pakistan and Afghanistan.

Placed squarely at the volatile intersection of religion and politics, history and current events, the vividly narrated After the Prophet is compulsive reading—and an emotional and political revelation for Western readers.

British-born Lesley Hazleton is a psychologist and veteran Middle East journalist whose work has appeared in the New York Times, Esquire, Vanity Fair, Harper’s The Nation, New Republic, New York Review of Books, and other publications. The author of several acclaimed books on Middle East politics, religion, and history, including Jerusalem, Jerusalem and Mary: A Flesh-and-Blood Biography of the Virgin Mother, she now lives in Seattle, Washington.

This book is very well written from start to finish. It's gripping and thoughtful.
However, i will not recommend it to anyone based on a few points:
1: The book presents the facts from the Shia perspective more than it does from the
sunni perspective. (Not always, but mostly)
2: The shia perspective is taken as canon in this book. The author is simply trying to say
that the Shia version of history is 'The' right version.
3: Most part of this book is wholly and solely based on one main...
READ MORE

An unbiased writing on the founder of Islam ie Muhommad Sahib and it shows his political mindset to rise to a position of prominence. In fact the book motivated me to buy another work by the author wherein the Shia -Sunni divide was created.
READ MORE

A very well written book which traces the origins of the Sunni Shia divide and the important role of Aisha in the confusion that prevailed after Muhammad passed away.Anybody interested in Islamic History will find the book a most interesting read.
READ MORE

A clear insight on Shia Sunni Split towards Islam

It was one of the most enlightening insight on the Shia Sunni split towards the practice and following of Islam, however while reading the book one feels whether they are reading history as it happened so many years ago or are reading fiction.

We must credit the author for her research on the Shia-Sunni split in Islam as she narrates the effect of this split even in the twenty first century. One of the most compelling naration of history I have read. Highly recommended to every follower of ...
READ MORE

0
1
Permalink
Report Abuse
+
All 9 reviews
Have doubts regarding this product?
Safe and Secure Payments.Easy returns.100% Authentic products.
You might be interested in 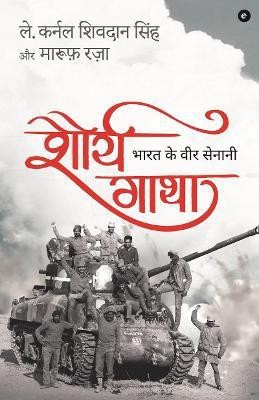 Military History Books
Min. 50% Off
Shop Now
Back to top