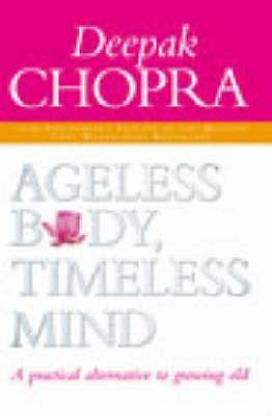 Ageless Body, Timeless Mind: A Practical Alternative To Growing Old shows how to stay young in body and mind, irrespective of chronological age.

Growing old is part of life. Ageing is a physical process in which the body is affected by many factors and begins to slowly degenerate. The body loses the strength and vigour that it enjoyed when it was younger.

It happens to everyone, so it is considered inevitable, that nothing can be done to avoid it. Ageless Body, Timeless Mind: A Practical Alternative To Growing Old says that the premise is wrong. Ageing is not inevitable. The book says that there are three kinds of ages for humans.
One is the Chronological Age, measured in time that says the person is so many years old. The other is Biological Age that reflects how strong or weak the body is, how the years have affected the physical aspects of the body. The other is Psychological Age. This refers to how old the person actually feels.

The author says that most people lack inward vision and this deficiency in self-knowledge is responsible for sickness, ageing and other negative aspects of life. The arrow of time always moves forward. Thus, a person is born, grows up, ages, and dies. However, the book shows that this need not necessarily mean that physical degeneration is unavoidable. Through meditation, yoga and other practices, it is possible to control the effect time has on the body and stay young in spite of the progression of time.

Ageless Body, Timeless Mind: A Practical Alternative To Growing Old shows how in some societies, lifestyle and habits ensure a person enjoys a long and healthy life, while in others, the lifestyle is such that a person begins to physically age at an early stage.

The process of meditation involving the repetition of mantras creates a vibration that takes the mind out of its usual preoccupation with conflicting thoughts and shows its own origin in silence. This silence, the gap between thoughts, the empty space is the quantum space that is the source of all matter and energy. When the mind learns to be in this space, it is calm and undisturbed and this has a positive effect on the body, reducing the physical effects of time.

The author uses research and knowledge from various fields like quantum physics, biology, spirituality and medicine to show that physical aging is not an inevitable process but one that can be controlled and curtailed so that a person stays young and healthy whatever their chronological age is.

Deepak Chopra is an author and an advocate of holistic therapies.

Other books by this author include The Seven Spiritual Laws of Success, The Soul of Leadership, and The Way of the Wizard.

Deepak Chopra was born in New Delhi, India, in 1947. He earned his medical degree from the All India Institute of Medical Sciences (AIIMS). His career encopmpasses two phases. His mainstream medical practice began in hospitals and universities in the US. He eventually became Chief of Staff at the New England Memorial Hospital. He then met Maharishi Mahesh Yogi who introduced him to the practice of Ayurveda. He then gave up his mainstream career and became an advocate of holistic healing and alternative medicine. 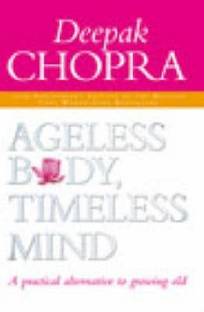 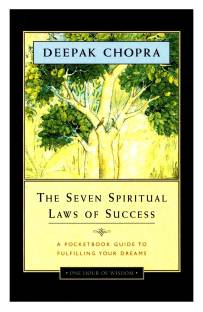 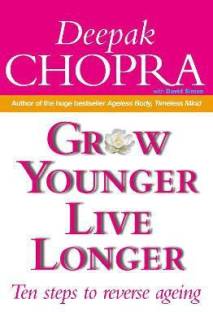 Awesome Book.It changed my perception of life.You will ask yourselves what is real and what is unreal.The thing which I like most about Deepak's teachings is that how he simplifies the concept of space/time illusion.Surely,if you assimilate the concepts presented in this book your outlook towards life changes.A must read book for everyone.
READ MORE

Can't get better than this

The beauty of Deepak Chopras books is simple language that is easy to understand. A must for anyone who has a liking for books. Wish the printing quality and the size of fonts used was much bigger. Learn to beat stress Deepak Chopra's way. Million dollar best seller perhaps much more than that.
READ MORE

Nothing specific to write.
READ MORE

A must read for a healthy mind and body
READ MORE

Poor quality pages finish all interests to go through it seriously.
READ MORE

One dent, but print & everything is fine !
Good product! Bought it from Sriganeshabooks .
Needs more good packaging for product ,, it was just one layer of plastic otherwise shipped with recyclable cardboard is better option coz it has 2 layers of effective packaging !
READ MORE

I was sent a copy of book which I did not order. I had ordered for Ageless Body Timeless Mind a book by Deepak Chopra on dated June 21.
READ MORE