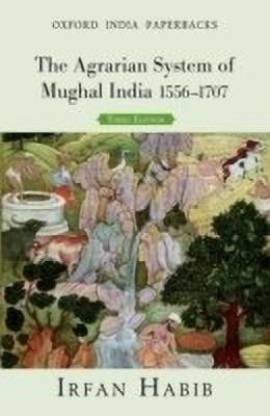 Irfan Habib's account of Mughal India delves into the land economy of the time, studying the land revenue, administration, agrarian economy, and social structure in India. It studies agricultural production and technology, trade in agricultural produce, and the conditions of the peasantry. It also explores the situation prevailent under the zamindars, and examines the revenue grants and assignments, as well as the agrarian crisis of the Mughal Empire. It includes a comprehensive bibliography, descriptive index, illustrations, and maps for readers to better understand the system which existed at the time. The book will interest anyone studying about the conditions in medieval India, and will give them a better understanding of the socio-economic conditions at the time.

Irfan Habib is an eminent Indian Marxist historian known for his views against Islamic fundamentalism. A graduate of Aligarh Muslim University, Irfan obtained his D.Phil. from New College, Oxford.

Presently Professor Emeritus at the AMU, he has also written An Atlas of the Mughal Empire: Political and Economic Maps With Detailed Notes, Essays in Indian History - Towards a Marxist Perception, A People's History of India (Parts 1 through 4 and 28), and Medieval India: The Study of a Civilization.

This work, along with DD Kosambi's "An introduction to the study of Indian history" are the most original trail blazers of Indian historiography. Dr Habib's doctoral thesis has profoundly changed our knowledge of medieval Indian history and any serious student or aficionado of history must read it. The last part is therefore a caveat. This a detailed study and the casual reader may find it to be a difficult read.

All in all, brilliant.
READ MORE