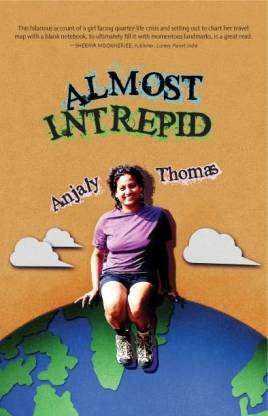 Witty, humorous, self-deprecating, and sometimes bumbling and incoherent, Almost Intrepid takes you on a ride through the mind of a first-time female traveler with a dream, a backpack, and very little else and whose only reason to start was to beat a ‘quarter life crisis’. But, what begins as an awkward attempt to flee the mundane life of a journalist turns into a globe-trotting mission-from climbing mountains in Tanzania, jungle treks in Papua New Guinea, Komodo chasing in Indonesia, to ill-fated sea rides in Cambodia with episodes of shoe-flinging at determined touts in the bazaars of Egypt and nearly getting hitched with a tattooed African man. The lawyer-turned journalist turned writer befriends every stranger she meets, finds joy in cheap B&BS, and shares in toxicants (of all kinds) with strangers and dreams of scaling the Everest someday.

About the Author
Anjaly Thomas qualified as a lawyer, but picked up the journalistic pen as her mythical sword soon after. When that failed to inspire, she exchanged journalistic monotony for
the beauty of open spaces.

Today, she manages to balance what she calls the “Business of Passion”—writing and travelling.

She lives in the UAE, is also a Lonely Planet writer, and writes for various newspapers and magazines, apart from holding a regular day job for that extra something to help aid her
impulsive travels.

Almost Intrepid is her first book in which she chronicles her life’s journeys, reminisces on lessons learnt and accepts the wisdom of prejudices shed along the (oft) un-travelled path!

She doesn’t claim to be an expert on traditions, cultures, history or geography of the places she travels to, and hates being asked the best thing about them, because the way she sees it, every little experience makes her journeys special. 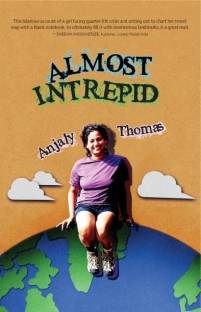 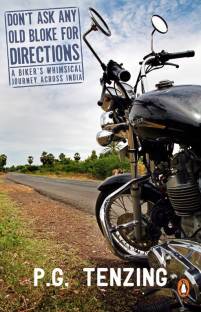 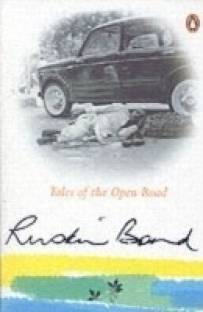 I have not read much traveling books. But after reading this, I am totally astonished. I never ever imagined that a traveling book written by a woman traveler can be so interesting. She has shared it all. The challenges that she faced while traveling different countries and learning their languages to climbing the hills. She has also shared about her first kiss, sex, boy friends, marriage proposals, bra-less experiences etc. :-) Do make it sure that you read it once.
READ MORE