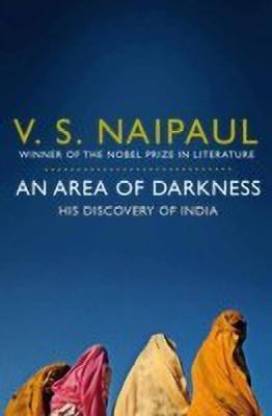 An Area of Darkness is a travelogue written by V. S. Naipaul in 1964 based on a year of travel he undertook in India. A stark picture of the harsh realities of the country and its people is presented in the book.

An Area of Darkness is a stark representation of India. V. S. Naipaul recounts his first encounter with his ancestral native homeland, chronicling every experience in a brutally honest fashion. The India of his imagination has been shattered while laying bare the current realities of a struggling society.

The author travels through vast parts of the country, from Kashmir at the northernmost tip, to Madras at the south. In his travels, he meets many classes of Indians and witnesses the transformation of society in terms of roles, principles and motives. In Bombay, the author experiences the bureaucratic mess in a chaotic society. In Kashmir, he sees the ethereal beauty of nature seamlessly mixing with human habitation like the sacred ice cave in the Himalayas. Down South, the splendour of a bygone era in an abandoned temple is detailed. In this book, each place showcases a variety of culture and a variety of people struggling with life, from resigned government workers to self serving holy men, to deluded tourists who come to the country seeking spiritual enlightenment.

The country, at the time of this travelogue, was reeling from a major crisis, still adjusting to a transition without the British Raj while recovering from a war with China. The book showcases the Post Colonial identity crisis, which was running high. Poverty is also unflinchingly portrayed in An Area of Darkness from the squalor of slums, the uncleanliness of the roads littered with human and animal excreta, to the debilitating caste system. The conflict between present conditions and the nostalgia for the British Raj is also grimly brought out. An Area of Darkness is written in a unique style of intermingling of social commentary with autobiographical details. The book provides a peek into the Indian way of living and Indian mindset and the darkness that is a part of Indian Psyche.

V. S. Naipaul is Trinidadian-British writer. He was awarded the Nobel Prize In literature in 2001.

He has published several fiction and nonfiction works. His titles include Half a Life, A House for Mr Biswas, A Bend in the River and most recently The Masque of Africa, and a collection of letters, Between a Father and Son.

Born in Trinidad in 1932, he received a scholarship to England in 1950. He spent 4 years in University College, Oxford, after which he took up writing as a profession and has not looked back. Apart from the Nobel Prize he has been awarded several other honours such as the John Llewellyn Rhys Prize, the Somerset Maugham Award, the Hawthornden Prize, WH Smith Literary Award, the Booker Prize, the Jerusalem Prize and the David Cohen Prize for lifetime achievement in British Literature. 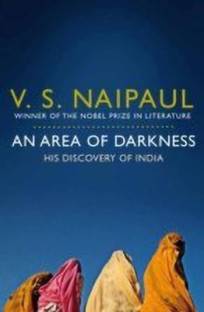 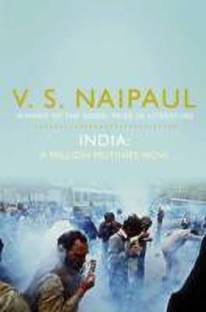 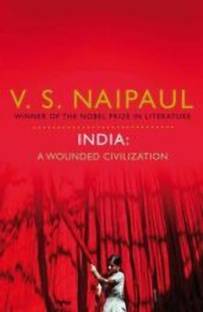 True account of Indian national character which has been deteriorated with passing of time due to lack of a good educational policy and many more reasons.
READ MORE

Apt for an outsider

The book is a clear picture of india the clearest of all. Very raw and in places annoyingly beautiful. As an indian reading this book made me feel sad about what people from a different culture tend to see in us. The picture given by naipaul who's indian born is true to an extent but i don't agree to the whole idea of his version of bharath . Very detailed and and artistic sense of description of the places makes u feel like you are there at that very moment.
READ MORE

I gave it 5 stars because of these three reasons

1. I found it at best PRICE.
2. The packing was nice when it arrived.
3. I received the book with no damages.
READ MORE