All animals are equal. But some animals are more equal than others.' Mr Jones of Manor Farm is so lazy and drunken that one day he forgets to feed his livestock. The ensuing rebellion under the leadership of the pigs Napoleon and Snowball leads to the animals taking over the farm. Vowing to eliminate the terrible inequities of the farmyard, the renamed Animal Farm is organized to benefit all those who walk on four legs. But as time passes, the ideals of the rebellion are corrupted, then forgotten. And something new and unexpected emerges . . . Animal Farm: A Fairy Story by George Orwell-author of 1984, one of Britain's most popular novels-is a brilliant political satire and a powerful, affecting story of revolutions and idealism, power and corruption.

Eric Arthur Blair who used to write under the pen name George Orwell has authored this piece. He was an English novelist, essayist and journalist besides being a critic. He used to concentrate on subjects like social injustice, resistance to dictatorship and support towards elected communism. Orwell's work is appreciated by the influential and political world. 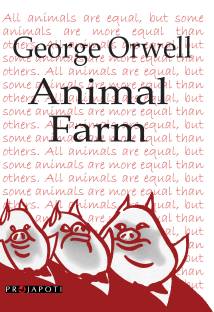 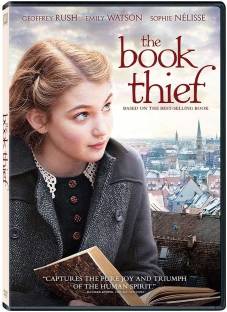 Orwell has brought forward a dark period through animals brilliantly.
It is a social satire but the language is very simple. Everyone must read this. Nothing more I want to say,just read it.. Appropriate for everyone,only the perception about the story will vary depending upon the age group. Moreover,if you are a literature student,read it!

The writer of the book is just great but the publisher made mistakes while printing the book the text in the book is inclined towards one side. The cutting of the book is not smooth and the pages are joined with each other from sides. I don't think it is good publisher just buy it from some else. Overall the book written by the author is amazing
READ MORE

Book was delivered in good condition. It was recommended o me by many people so I finally bought it. Thankyou flipkart for onetime and quality delivery.
READ MORE

Politics: On a lighter note...

Orwell's 'Animal Farm' is one of the classics on communist state politics. Although it is short and easy to read, the ideas communicated are serious and relevant. He outlines how -even when a despotic ruling class is overthrown by revolutionaries/popular leaders- similar tyranny is brought back by the same popular leaders once they come to power. The story is set in an animal farm (state) with different types of animals (social classes) involved.

It is a must read for anyone interested in t...
READ MORE

Must read for bibliophiles.
READ MORE

This is a great book to read out,but I feel the publisher is not great in details. Few clitches in the print .
READ MORE

Bookmark not given:-(
READ MORE

Has total of 94 Pages, Printed by NotionPress.com, the book is quite interesting to read.
Must read this book at least once in your lifetime, guy's…
READ MORE