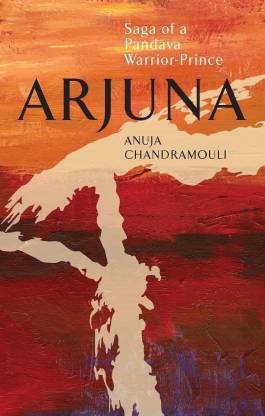 Arjuna: Saga Of A Pandava Warrior-Prince is about Arjuna, his life, achievements, challenges and thoughts and how his decisions affect the fate of the characters in the Mahabharata.

Arjuna, the warrior prince, was born to a life of adventure, sacrifice, and betrayal. He wasn’t just the Pandava prince, his very existence marked out a path that held the epic of the Mahabharata together in timeless precision.

The story is ultimately a biopic of a god in a human garb and therefore inspires its wealth from that of life itself. His weaknesses, ambitions, and the deepest chambers of his thoughts are all explored in detail. For all those readers hoping to break through the multiple narratives that are hidden in the sweeping epic of the Mahabharata, Arjuna: Saga Of A Pandava Warrior-Prince works as a perfect opening to intimate readers into the world the prince was born into.

This copious work borne through the meticulous use of research is an eye opener in terms of Arjuna’s motivations and links together parts of the epic, some more known and others lost in a murky tide. His relationship with his brother Yudhisthira and the comfort he found in Lord Krishna is all explicated here.

The untimely death and the events that lead to the end of one of India’s beloved idols, the love of a serpent princess, and him becoming a eunuch is all clarified in this novel.

Arjuna: Saga Of A Pandava Warrior-Prince is both a meditative study of a hero as well as an exploration of the epic itself.

Anuja Chandramouli is a writer.

She is the writer of Arjuna: Saga of the Pandava Warrior-Prince.

She holds a bachelor’s degree in Psychology and a master’s degree in English. She currently works out of home as a columnist and e-reporter. She has been accredited with a number of articles that she writes on a freelance basis. Her articles have been featured in publications that include Lonely Planet, The Hindu, and Womens Era. She resides in Sivakasi, Tamil Nadu, with her husband and two daughters. 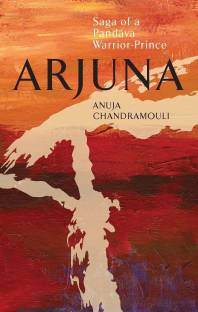 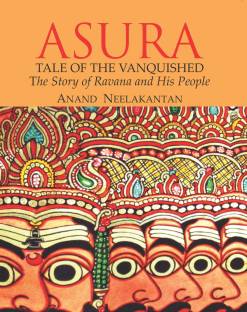 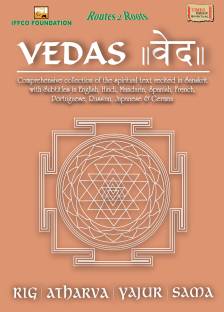 Its a wonderfully narrated story taking u back into time when things were controlled by human and gods and one such person was Arjuna.


The author has done a magnificent job in narrating the side of Arjuna as we truly underestimate the contribution of his in those times.


A thumbs up and very well written. :)
READ MORE

mahabharata as an epic is beyond comparison with anything else.the grand epic brings to life every emotion known to mankind.
there are so many characters tied in the knot together each born for a specific purpose .each character completely different to one another.
when i picked the book i was looking forward as to what the author has to add to the story interpreted many times before
the author chose to acknowledge ved vyasa in the beginning , paying respect to the greatest storyteller ever b...
READ MORE

Excellent, Realistic portrayal of the kurus clan with all its pluses and more important it's minuses

Arjuna, the legendary character is brought to life in a vivid and endearing way. The epic Mahabharata is brought to life with contemporary style of writing. I personally love thrillers. And I have read all different versions of Mahabharata before. But the narrative held me engrossed throughout without letting me catch my breath, something which I thought only a thriller could do, shame on me.
Coming back to the book, the tale which is normally shown as good vs evil has many layers interwoven...
READ MORE

Holds your attention from the first page - a very good read!

Was skeptical when I saw the details of the different character's who will be part of the book but the author did an amazing job of introducing the characters and weaving them into the story. Felt like I knew all of them for a very long time.
Loved the book and never thought Mahabharata could be told in such an interesting way. Liked the unique narration where each character's origin and end is told without interrupting the flow of the story.
Looking forward to the next book.
READ MORE

A splendid effort for those who love Mahabharata

I thought this book would just be another one featuring Arjuna as another common man and bought this book along with no/least expectations after having read Shiva Trilogy by Amish and Asura - Tale of the Vanquished. I have grown up studying the Mahabharata. When I started to read this book, I could literally visualize many scenes from the legendary Mahabharata serial. This indeed is a very well researched piece of book, and I am sure that even if one knows a lot about the Hindu mythology, he ...
READ MORE

The Mahabaratha is an epic which we all grow up with. We assume that we know it very well and then here comes Anuja Chandramouli to prove us wrong. This book is absolutely unique. The storytelling is so captivating that you feel that you are a part of it. I laughed, cried and experienced other emotions as the story moved on. Beautifully written, after a long time has a book so captivated me. She has given some new nuances to some of the old stories that one must congratulate her on her resear...
READ MORE

Whenever the tale of Mahabharata is up for discussion, and the character of Arjuna is to be evaluated, a lot of people question the potential of this demigod. A lot suggest, that while Arjuna was no doubt a brave hero, his success could mostly be attributed to Krishna, who manipulated things into his favor. While the argument holds merit this book brings to front the valor of Arjuna, stating explicitly that if he was'destiny's child'there were reasons for him being so. A steady read, a good e...
READ MORE

In one word –BRILLIANT!!

I had pre ordered this book and true to their word flipkart delivered it after it was officially launched.

Mahabharata has always been a fantasy for me. The characters, the mystical weapons, places, incidents etc, but this book “ARJUNA” is a comprehensive guide to get to know the nook and corner of the great epic. Well written and well researched. The author has detailed out the epic so well and has the reader captive till the very end.

The Mahabharata, one of the longest books in the world, is a timeless classic.
The author has captivated her readers by succinctly writing about Arjuna, the protagonist in a refreshingly fast pace. The complex story is broken down into something easily understandable with several new insights and incidents. The book not only highlights Arjuna, the magnanimous figure acclaimed for his sincerity and archery skill, but also gives due importance to other characters that make Mahabharata an inde...
READ MORE

Beyond Good - Engrossing and Entertaining !

Even if you’ve read the Mahabharat umpteen times, I would highly recommend reading “Arjuna - Saga of a Pandava Warrior Prince”, as the book only enhances your understanding of the great hero and the epic, and dishes up a variety of titbits that you may not be aware of. The author demonstrates that she has done extensive research by providing detailed information about the protagonist and other characters in the Mahabharat.

The characterisation is strong and emphatic – the auth...
READ MORE

2
2
Permalink
Report Abuse
+
All 40 reviews
Have doubts regarding this product?
Safe and Secure Payments.Easy returns.100% Authentic products.
You might be interested in