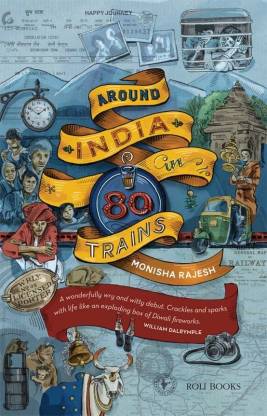 Follow Monisha’s journey as she travels around India by train, discovering places, people, ideas and culture.

Around India In 80 Trains begins in England. Monisha stays with her family in Sheffield, when in 1991 they decide to head over to Madras. In an effort to make India their home, they leave at once. The next two years don’t exactly go according to plan. Troubled by rats and the creepy colonel across the road, Monisha’s family decide to move out and return to England for the better.

Twenty years later, Monisha reads an article while at work, which describes India’s booming domestic airline industry and how it could connect 80 cities. She begins reminiscing on her childhood and the time she spent in India. As time passes, she decides to leave to India. With a thirst for exploring India once again, and to clear the bitterness that has existed since the last two decades, Monisha sets out on a train journey across India, inspired by Jules Verne’s classic Around the World in 80 Days. The journey clocks 40,000 km across India in 80 trains.

Travelling in Indian trains gives Monisha the opportunity to meet a whole range of characters, each carrying a different story which adds color to her journey. Indian railways, being one of the largest civilian employers and containing various kinds of trains, including the crowded local trains of Mumbai and a hospital on wheels, provides a diverse and refreshing setting. How does she go around a country soaked in diverse religious colors, with a photographer who is a self-confessed militant atheist? Infused with wit and humor, Around India In 80 Trains is a tale of adventure and discovery.

Monisha Rajesh is a British journalist at The Week UK. Born in Norfolk, Monisha studied French at the University of Leeds. Before receiving a postgraduate degree in journalism from the City University London, she taught English at a high school in Cannes. She received her post graduate diploma from City University’s journalism school. She has written for The Guardian, The Telegraph, Conde Nast Traveller, The Times, TIME Magazine, and The New York Times. 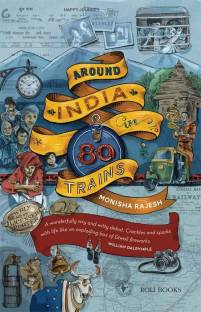 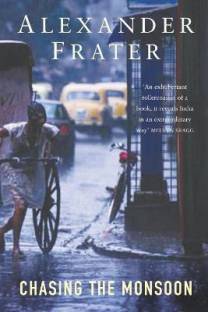 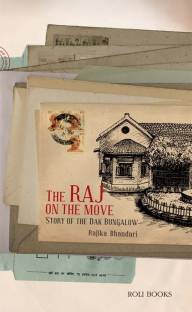 This is the 2nd Worst book I've read in my life

I must say that, I tried almost 1 month to try to read this book. It was so horrible to read every page and every line in this book. May be, this author had traveled in 80 trains, but I am sure, 90% of her Indian experience she had written in this book is not true. She thinks that , Indian had never seen a foreigner, and all Indian chase when they see any foreigner. Every page gives us the feeling that, she is not proud to be born as Indian. She must travel to Pakistan, Afghanistan and many o...
READ MORE

The title itself draws you to the book immediately but nothing stays with you by the time you reach the end. Monica starts off on a strong note as the hardest part of selecting an intriguing topic and collection of experiences works for her but she fails miserably in articulating those experiences. Towards the end you feel like you have been reading a travel advisory for western tourists. Come on the Indian railways have much more to offer in terms of adventures/misadventures and company. Som...
READ MORE

An intriguing read outlining the ups and downs of train journey in India, but feels something is amiss

An intriguing read outlining the ups and downs of train journey in India and the difficulties as well as the earthly experiences faced by millions of passengers that travel through this more than 65000 km of rail-road.
Having said that the author has mostly travelled in 2nd Tier and 3rd Tier AC compartments which as pointed out in the book itself will not give proper insight into real India. More than 90% of Indians won't even see the insights of a 2nd Tier AC compartments in their life.
The ...
READ MORE

A Complete book of Incomplete Journeys

There is a trend and a set of adjectives, most of the foreign based writers use when describe India. When I started reading this book- it had similar beginning. Heavily crowded Chennai Central station, hyper humid conditions, stinky toilets, spitting public, and so on... At one point, I was about to give up reading...

But I kept unfolding pages, journeys wend on to become more and more interesting. And when I finished I felt just two stops short of complete satisfaction. Monisha has missed o...
READ MORE

And now I have just completed the book...and I have to say it was amazing...while reading I had this immense urge to just hop into a train and explore the unexplored...

It took me back to the amazing journeys on the Konkan Railway...the recent tryst with the Mumbai local where I could not get down at Borival...
READ MORE

A Guide and an informant at the same time

The book is a truly engaging one!! don't get confused by the title. A very simple writing style which makes you get engrossed and read more than you plan of. the places you wouldn't have even visited can be very well understood through this book and will encourage you to try out those places. Even a non rail enthusiast will love this book.
Its all about arousing your love for India and its Lifeline - Indian Railways. Its a must read!!
READ MORE

Read about this book in a column in tamil.thehindu.com by S.Ramakrishnan, a famous tamil writer.
Read the entire book in two evenings. Couldn't take me out of it.
I have a glowing desire to travel the length and breadth of India from my Undergraduate days and I find this book a perfect guide for me. Feeling more motivated and interested now after reading.

This book will be in one of my all time favorite and as a travel guide too.
READ MORE

Around India in 80 Trains was not enough by Monisha .Her style of expressing it in this book was marvellous. One can not imagine that it washer first book.

She has been candid, Laced her writing with sharp wit and good humour.I am sure she is one of the writers I will look forward to read.

All The best Monisha.It was a great experience to read her book.

There, but not quite there

I believe the book's readability improves as you keep reading. In the beginning few chapters I felt that there were a lot of small links and details which went missing, but the author tried to correct most of it later on to make it more enhanced reader experience. Considering this to be the first book of the author, I have to concede that she did well. Some of the reviews mention about travelling 2nd Tier AC and 3rd Tier AC would not tell you the real insight into India, but this book goes be...
READ MORE

A must read for all train lovers!

Been a train lover since I had my first journey back in 2007. In this book the author gives a detailed yet beautiful account of 80 train trips she did in India ranging from the super luxurious Palace On Wheels to 3rd class passenger trains. On this journey she covered almost all states of India. Her writing style is simple and catching and the courage she shows all along the journey is tremendous.
READ MORE

0
0
Permalink
Report Abuse
+
All 27 reviews
Have doubts regarding this product?
Safe and Secure Payments.Easy returns.100% Authentic products.
You might be interested in

Business And Management Books
Min. 50% Off
Shop Now
Back to top