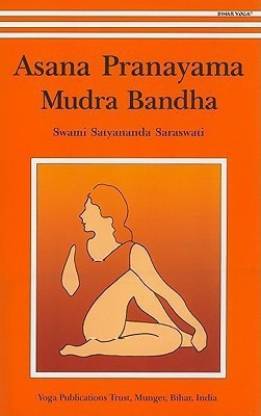 Asana Pranayama Mudra Bandha is an easy to read and effective instruction on the ancient art of yoga.

Asana Pranayama Mudra Bandha is considered to be one of the latest and most methodical yoga books. It was initially published in 1969 by the Bihar School of Yoga and has since been subject to seventeen reprints. It has also been translated into various languages.

The immaculate and comprehensible illustrations and the step-by-step instructions prove extremely handy and easy to follow. There are exercises for the eyes, relaxation asanas, meditation asanas, instructions on how to perform the Surya Namaskar and the Chandra Namaskar, balancing asanas and various other exercises for different body parts. It also includes details about chakra awareness. The book can be of great help to doctors and therapeutics as it involves the latest research and findings when it comes to the benefits of yoga. The techniques mentioned in the book may be useful in medicine, sports, education and a myriad of other fields.

The fourth edition of Asana Pranayama Mudra Bandha has been updated under the guidance of Swami Satyananda Saraswati’s successor, Swami Niranjananda Saraswati. The book is used in various yoga centres, ashrams, and school across the globe.

Swami Satyananda Saraswati was a Yoga guru whose teachings are followed both in India and the West.

Some of the other books he has authored include Surya Namaskara: A Technique of Solar Vitalization, Kundalini Tantra, Nine Principal Upanishads, Yoga Nidra, and Dynamics of Yoga: The Foundations of Bihar Yoga.

Swami Satyananda was born in 1923 in Almora. He was educated in the classical Sanskrit texts such as the Vedas and the Upanishads and was said to have attained spiritual awareness at a very young age. In 1943, he met Sivananda Saraswati in Rishikesh and chose to live there as a Sannyasin for twelve years. While there, he did various kinds of work which included physical as well as scholarly labour and then on the instructions of his Guru he travelled around the world with the message of yoga. He has written more than 80 books. His teachings emphasise on Integral Yoga, which has its basis in tantra and has brought to the forefront the yogic element of tantra. He invented the system of yoga nidra and has helped make yoga easily accessible to the modern aspirant. He died in December 2009 at Rikhiapeeth, Jharkhand. 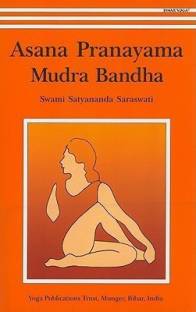 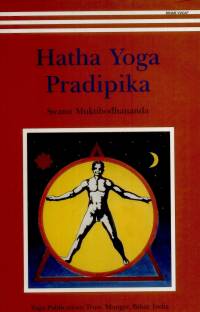 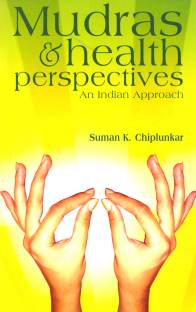 THIS WILL BE LIFELONG COMPANION

HOW IT HAS HELPED ME
THIS BOOK HAS BEEN IMMENSELY HELPFUL TO ME. I SUFFERED FOR MORE THAN 10 YEARS FROM "IRRITABLE BOWEL SYNDROME", WHICH MANIFESTED IN THE FORM OF DIGESTIVE DISORDER, FOOD INTOLERANCE ETC. I HAD SEEN MANY DOCTORS, TRIED AYURVEDIC,HOMEOPATHY,ALOPATHY BUT NOTHING WORKED.
BECAUSE OF MY WEAK STOMACH I WAS NEVER REALLY HAPPY INSPITE OF HAVING A GOOD GOVT. JOB NEAR MY HOME. I COULD NOT GO ON TOURS DURING VACATIONS BECAUSE HOTEL FOOD DID NOT SUIT ME.
HOWEVER, THIS BOOK CHANGED EVE...
READ MORE

i just started loving this book since i started reading the book, i went across almost all asanas, pranayamas, mudra, shatkarmas, and all are amazing and so detailed given. the best book for all beginners, intermediate as well for advanced practitioners. i expected less from this book and was having doubt before reading it. but after reading it i became 100 % confident and happy that i can practice at home just by studying the asanas without paying too much cost for the yoga trainer.. (A ti...
READ MORE

wow .. received the product safely without any damage
regarding quality of the papers are better!! (tanq flipkart)

The contents of the book are from wise person. It needs patience to read and also to practice according to it

in a nut shell its a worthy one for those interested in Yogasana, pranayama etc also about spiritual thoughts !
READ MORE

i just started loving this book since i started reading the book, i went across almost all asanas, pranayamas, mudra, shatkarmas, and all are amazing and so detailed given. the best book for all beginners, intermediate as well for advanced practitioners. i expected less from this book and was having doubt before reading it. but after reading it i became 100 % confident and happy.
READ MORE

Good Book But Still has the Old sketches

This book is one of the Finest books on Yog & Pranayama. Bihar school of Yoga needs no introduction & this book is really good. I appreciate the efforts of the author.

However In this era of Digital Photography, This book should have had real pics of experts showing the asanas. Patanjali Books have real photos and so do the books of BKS Iyengar.

Hence I would say the Book is fantastic but has a room for improvement. The Plain bad sketches of asanas don't look good.

This is the only YOG book that you will ever need. It has got all the Mudras, Asan, Pranayam and other Yogic knowledge in the most precise and accurate manner.

The structure is very systematic and has the very basics of Yog that anyone can try and start doing alongwith the really tough ones, the advanced stage Yogic Kriya that people already acquainted with the basics can do to further hone their skills.
READ MORE

Amazing book for beginner as well as advanced learners. All asanas including pranayam, mudras and chakras are explained so well
READ MORE

At fst the paper quality is great, great printing, and binding of the book is too good... Its a profound expression of Yoga ..Only methods, no so called philosophical lectures...Remarkable book for those who are willing to include the Yoga in their life prosses and want to tune them with the cosmic vibration..
READ MORE

While the book is not to be used as a teacher, it is a very good guide and support to read up on the nuances of the Yoga practices. It is useful when you forget a thing here or there during practice.
READ MORE

Very good book for yoga aspirants. All the basics concepts explained nicely covering the all aspects that is physical, mental and spiritual. Do & Don'ts defined very clearly which is very difficult to find in any other book.
Received this book in very reasonable rate and very good condition. Delivery is fast
READ MORE

Religion And Belief Books
Min. 20% Off
Shop Now
Back to top