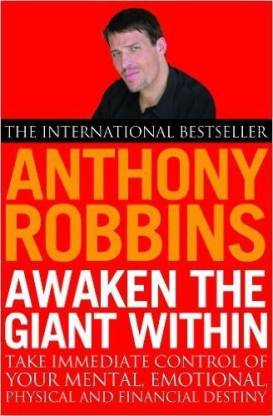 Awaken The Giant Within is a book that falls under the self-help genre, and the initial edition was written by Anthony Robbins in 1992. This is the revised edition, and was published in 2001. The book covers topics such as goal setting, relationships, and personal finance. It showcases the most effective methods and techniques that can be implemented towards mastering emotions and taking control of one’s life altogether. The book introduces a step-by-step programme towards bettering one’s emotional, financial, and mental status. It utilizes techniques such as Neuro-Linguistic Programming (NLP) for this purpose, and helps its readers train their minds to think creatively, productively, and positively. The book focuses on positive change and how to achieve the same by hiking up the quality of various aspects of one’s life.


Anthony Robbins is a famous American author and motivational speaker, and his work has been featured in popular magazines like Time, Newsweek, Fortune, Tycoon, Forbes, Vanity Fair, and Business Week. Robbins was ranked among the Top 50 Business Intellectuals in the World and the Top 200 Business gurus. His programmes have reached more than 4 million people from close to 100 countries from around the world. He has also been mentioned or featured in 15 major motion pictures. Robbins was born in North Hollywood, California, on February 29, 1960. His other popular books are Unlimited Power, Notes From a Friend, Giant Steps: Small Changes to Make A Big Difference, and Slow Burn: Burn Fat Faster By Exercising Slower. 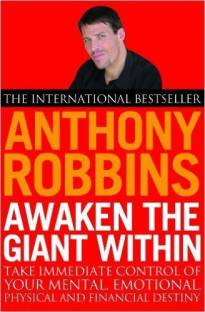 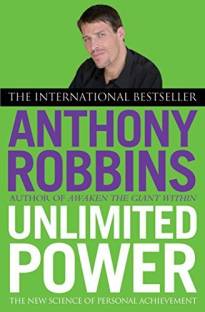 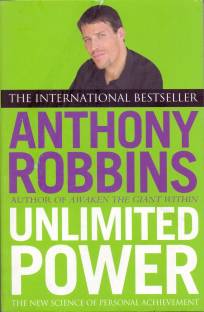 Personally, I read this book when I had just finished my 12th standard and probably this is one of THE best books I've ever read! Life has changed ever since!

If there is anything which this book is about it is 'How to run your own brain'. An amazingly powerful book! Anthony Robbins has this special ability to hook the reader right till the end. This is not a self help book nor a motivational book. It is a book to make you understand, why do you do what you do, why we put off things, why we ...
READ MORE

It's a great book! Like a philosophy! Love it ..worth it...book is in very good condition and pages quality is best!
READ MORE

Easily one of the best books you must read, if you want to create a step by step plan to change(progress) your life in every possible way.
This book has so many insights. It's like every time you read it, you learn new and better things.
It's like, every time you re read this book, you'll find that you've already progressed so far in many areas of your life already!
Highly Recommend it.
READ MORE

About to finish this great book. Robbins has a great sense of narrations in whatever area he chooses to focus . This books give a detailed review of almost all the human behaviors which one can master and increase their chances of success. Such a breath of fresh air as the approach is so different and is so personal. Thanks Robbins
READ MORE

Each and every page in this book walks through the best ways to lead our life its a must read book for everyone and truly reading this book changed myself a better way hope all will experience the same :)
READ MORE

One of the best self help books

This book is helping me in lot of ways in lifting me up.It is also helping me to know where I have done wrong in the past and how to correct my beliefs which was bringing me down.Thank you Anthony Robbins.
Thanks flipkart for your best service.
READ MORE

Well,everyone who has reached this page, already know that this is a great book. Most of them might have done their research about the book already.
I also want to take this opportunity to thank the seller. The delivery was super fast and the book was brand new.

The best book I have read!

I have read so many motivational and books that improve an individual. But with no doubt I can assert that this is the best book I have ever read in my life. This book not only tells you what should some one be doing but lucidly gives the reason which is completely logical and you tend to 100% agree to it. I have tried to implement some of the siggestion and have been successful. I regert why did I read this book so late!
READ MORE

Well there are much much much better options out there than this !!

Okay. So i am writing this review after reading about half of the book. Well it will take a lot of time to read it full because its a very looong book. More than 500 pages..!! So what i found after reading it that it is just an average book..Well Anthony Robbins try to be the all round expert of all the areas..! He tells a bunch of really strange & i think useless techniques( Some NAC 6 steps and many more like that).. The book tries to explain everyday problems and worries Scientifically ..!...
READ MORE