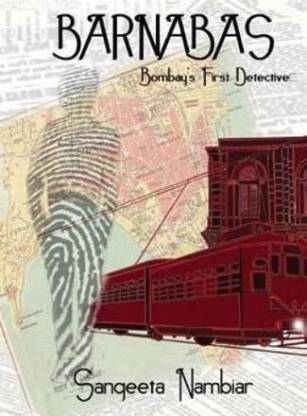 British India. The summer of 1942. Bombay. From the leafy lanes of Wodehouse Road, a British woman goes missing from her home. Her husband Thomas Stanton, wants to keep the police out of the loop, and thus calls in Bombays first Private Detective, Barnabas Mehta. Barnabas, the son of a cook, has been brought up under the tutelage of his fathers employer, Francis Curtis, and thus knows the ways of the British. But that isnt enough to solve the mystery for him. His search for Rose leads him to the bylanes of Girgaum where he finds a murder to solve and webs of deceit to traverse. Who would murder Rose so brutally? Family secrets and the machinations of an evil mind theyre all there for Barnabas Mehta to unveil!

About the Author
Sangeeta Nambiar is a playwright and theatre director with a background in television and films. She has worked extensively in Delhi and Mumbai, writing, directing and producing for Indian television. In 2001, she moved to Singapore and began to explore her love for theatre. She has written and directed five plays and is currently working on her first feature film.

I bought this book a few weeks back...I selected it after going through the detail...Barnabas is a fun work...it is more of a coffee table book which you can read even when you are you are travelling to work...The language is lucid, even though the author has demonstrated using a strong vocabulary...I enjoyed this book.

But I must add, that those readers who follow the mystery genre very closely, do not expect any surprises...you must have come across certain other works which have a similar...
READ MORE

If it was possible I could have given 0 stars. The flow of story is so bad that I stopped reading this book after 11 pages. I don't know what the writer was trying to show whether she has a very good knowledge of English or whatever. this book just SUCKS and It Sucks really hard.
READ MORE

As far as the genre goes, the writer has done full justice to the story. A very good blend of situation and twists that keeps the reader hooked up to the book.A must read for every thriller fan. Besides the simple language, its in itself a very good read due to the unique story line. One among those books that wont bore you even if you are reading for the tenth time
READ MORE