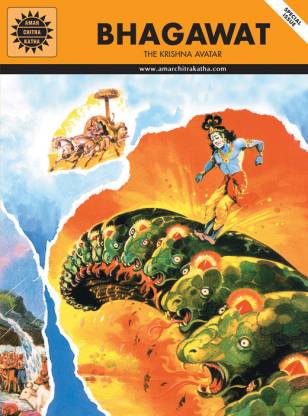 Bhagawat: The Krishna Avatar is a collection of nine books based on the Bhagawat Purana. It details the life of Krishna and the incidents in his life which signify the victory of good over evil.

In this collection, Bhagawat: The Krishna Avatar, Anant Pai narrates the much loved stories of Krishna in detail. This special collection includes Krishna as the The Darling Of Gokulkrishna, as The Upholder Of Govardhankrishna, The Subduer Of Kaliakrishna, The Lord Of Dwarkakrishna, and as An Ally Of The Pandavaskrishna. It also includes Victory Over Kamsakrishna, The Victorious Krishna, The Enchanter Krishna, and The Saviour.

Based on the 10th chapter of the Bhagawat Purana, Bhagawat: The Krishna Avatar employs simple language and vivid illustrations to bring out the different avatars of Krishna. From Krishna spending his day playing the flute, to his combat with the vicious Kansa, this collection encapsulates Krishna’s life and the deeper esoteric meanings in the Purana.

Bhagawat: The Krishna Avatar was published in 2010.

Anant Pai better known as Uncle Pai was a prominent figure in the comic world of India and an educationalist.

The Walt Disney of India was born in the year 1929 in Karkala. Pai lost his parents at a young age, and was raised by his grandfather. He completed his schooling from Orient School in Mahim and his higher education from the University of Bombay, in the Department of Chemical Technology. Pai is the founder of Rang Rekha Features and the Partha Institute of Personality Development. He has many awards like the Karpoorchand Puraskar, Yudhvir Memorial Award, Maharashtra Rajya Hindi Sahitya Academy Award, Vishwa Saraswat Sammaann, and the Priyadarshni Academy Award to his credit. He was married to Lalita Pai. He died in 2011. 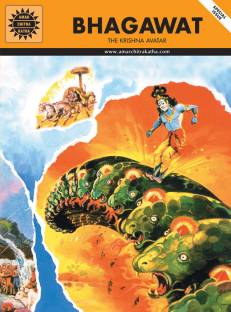 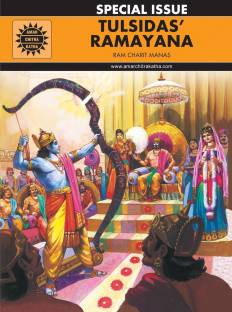 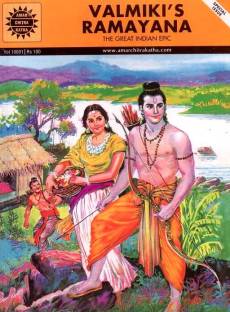 Good, But Not For Young Children

My 5-year old child was really interested in Krishna's stories, so I bought this compilation for him. While the quality of the work is unquestionably high, it is simply not suited for children of such young age.

The reason for this is that there are some graphic portrayals of violent incidents. Well, whatever supposedly happened during Lord Krishna's life cannot be changed, whether it is him slaying demons, or him participating in battles and wars. But, I feel the artist could have depicted ...
READ MORE

A very nice book for the kids to know about the various aspects of Lord Vishnu. As usual with ACK a very nice and interesting presentation.
READ MORE

We have grown with Amar Chitra Katha since our childhood. No one other than ACK could help young readers know Mythology and our rich cultural heritage so well. This book is awesome....!!! Before I gave it to my child, I myself had a reading session with this book and needless to say that it was thoroughly enjoyable. The binding, paper quality, cover and illustrations are very good. A great gift to your loved one.
READ MORE


It is difficult to compile huge Bhagwat Puranam but Amar Chitra Katha is able to compile
Bhagwat w.r.t to Krisha Leela which can be understood by Kids and Adults easily.


1. KRISHNA-THE DARLING OF GOKUL
2.KRISHNA-THE SUBDUER OF KALIYA
3.KRISHNA - THE UPHOLDER OF GOVARDHANA
4.KRISHNA-VICTORY OVER KAMSA
5.KRISHNA :THE LORD OF DWARAKA
6.KRISHNA : THE ENCHAN...
READ MORE

I ordered it for Lord Krishna & remembering my childhood janhamamu book.
READ MORE

The books are in excellent condition.
READ MORE

Not so brilliant, as I expected. Artworks and printing are good but compared of its price there should be something extra, as pages deserve glossy. Only 9 chaptered book. I am somehow little disappointed .
READ MORE