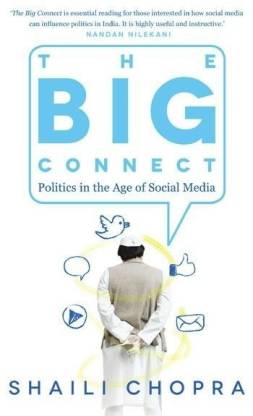 The Big Connect is a book on the effects of Social Media on politics.

In the age of Facebook, Twitter, and LinkedIn, what has changed about political lobbying. No longer do groups of men and women shouting in loudspeakers across the road suffice. No, to make an impact in this generation, political parties everywhere must embrace the world of social media. In this book Shaili Chopra examines how social media has entered India and how it has revolutionized the way we communicate. She takes the example of the Obama campaign and how it used social media to empower its voice. Although a tweet or a wall post may not directly translate to a vote, she says, they can definitely influence the outcome if used well. Analysing the political campaigns of Narendra Modi, Rahul Gandhi and Arvind Kejriwal, she shows how political parties are using social media today, and how they can use it better.

Shaili Chopra is an Indian writer and business journalist. The business editor of Tehelka, she was also the Senior Editor and Lead Female Anchor at ET Now.

A graduate of The Asian College of Journalism, Chennai, Ms. Chopra was awarded the Ramnath Goenka Award for Excellence in Business Journalism at the Indian Express RNG Awards 2012 and also has a golf column Column Tee Off with Shaili Chopra on DNA. 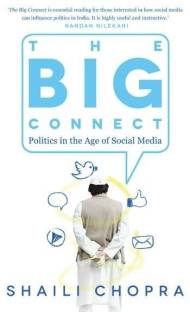 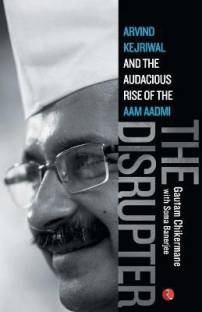