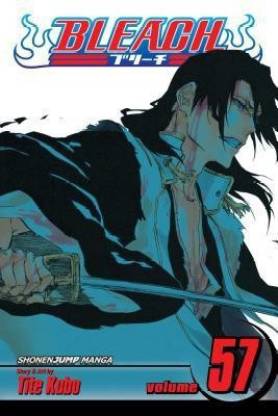 Out of Bloom is the 57th Volume of Tite Kubo’s shonen manga, Bleach.

Kurosaki Ichigo is trapped in Hueco Mundo after attempting to help Nel. The diabolical Wandenreich seize the moment and attack Soul Society, sparking a terrifying battle against the Shinigami. The Captains respond in combat, unleashing their Bankais in an attempt to save their world. However, this time they may have bitten off more than they can chew. Who is the strange Yhwach and what is his connection to the First Division Captain Commander Yamamoto Genryusai?

“Tite” Kubo Noriaki is a Japanese mangaka best associated with the Bleach manga series. He has previously published Zombiepowder with the Weekly Shonen Jump magazine.

Bleach has been adapted into a hit anime series by Studio Pierrot. It has adapted 366 episodes so far and was cancelled on March 27, 2012. The manga has proceeded past the storyline and it is currently unknown whether the anime will resume or not.

The war between the Shinigami and the Wandenreich continues in Bleach Volume 58: The Fire. 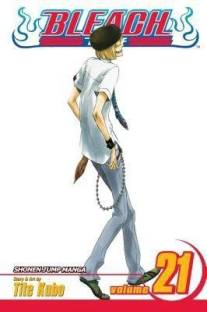 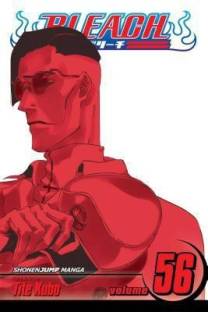