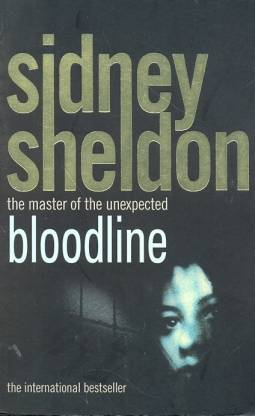 Yet another page-turner by Sidney Sheldon, this novel exudes suspense, sabotage, glamour, and betrayal in every page. Following the unexpected death of her father, Elizabeth Roffe, the sole heir of a vast pharmaceutical empire, discovers herself and learns the tricks of the trade.

One of Sheldon’s earliest books, Bloodline was originally released in 1977. The protagonist is Elizabeth Roffe, a young woman who is intelligent, with a strong disposition. After the devastating news of her father’s death, she becomes the sole heir to a billion dollar industry. Suddenly thrust into the complicated world of company politics, wherein she is unsure of whom to trust, she takes comfort in the company of Rhys Williams, her father’s right-hand man.

The board of the company comprises of her extended family members, Rhys is the only one who is not a part of the family. Each board member has his own reasons to make the company public and inspite of the immense pressure from them, she refuses to comply. This decision makes her the target of repeated assassination and sabotage attempts.

The content revolves around Elizabeth, her childhood and her metamorphosis from a shy, diffident girl to a confident woman running an entire company, the board members of Roffe and Sons, their complicated lives, affairs and indiscretions, and a conspiracy theory surrounding them all.

Sidney Sheldon, born Sidney Schechtel, was a highly acclaimed mystery/suspense writer whose career spanned over five decades, and is embellished with numerous awards.

A few other novels written by him were The Other Side Of Midnight, Windmills Of The Gods, The Doomsday Conspiracy, Rage of Angels and The Sky Is Falling.

Born in Chicago, Sheldon started writing at the age of ten. He was a pilot in the Army Air Corps during the Second World War, and resumed writing once the war was finished. Sheldon had won several awards in the duration of his career, including an Oscar and a Tony. Sheldon was also a TV writer and wrote and produced the TV show I Dream of Jeannie and wrote The Patty Duke Show. His books have sold more than 300 million copies. He passed away in early 2007 from health complications. 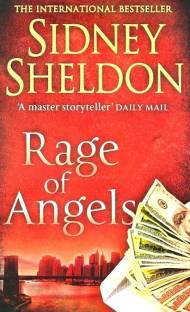 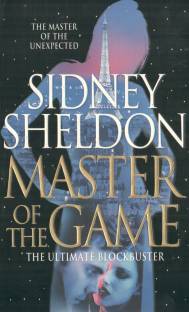 Great book, full of turns and suspense with a cute love story of a girl.....very good book and simple to understand. Lots of ups and downs which creates butterflies in the stomach. A great piece of work. I was unable to leave the book unfinished and completed it the same day. awesome story line and very beautifully designed characters which represent the real story of a girl.
READ MORE

Bloodline is an amazing novel...sidney sheldon was a wonderful writer, no doubt...it was a good read but i didn't like the ending...i wanted something more...the part 1 of the book was very detailed about the charaters, part 2 was exceptionally thrilled and while reading u might assume that who is the traitor...but u never know ur assumption might not be correct...u will be stirred till the end...
READ MORE

such a wonderful book. a master piece..i expected a lot but climax was deceptive..but on the whole the book is worth buyin.
READ MORE

this is not a masterpiece and neither its the best sidney sheldon book but i have to say its another good one!! from the "master of unexpected" the twists and turns as always were great so get your copy as its a real good read
READ MORE

This book keeps you interested out and out.
The plot is so good and the twists and turns through the story are very interesting. One of the best thrillers i read from Sidney Sheldon. A must read thriller. Excellent book for any person interested..
READ MORE

Captivating Story but an undescriptive ending ....

Sidney Sheldon as usual comes out with another masterpiece. Filled with extremely knavish characters with equally interesting backgrounds, the book keeps you engrossed till the very end. The central character of the book, Elizabeth Roffe is characterized really well. From her not so pampered childhood to her controlling the multi-billion dollar company, Roffe & Sons. She leaves no chance for you to complain or question her intellect.

My only disappointment with this book is that despite all...
READ MORE

The plot revolves around the pharma company: Roffe and Sons and the bitter battle to take its ownership after the death of its owner: the wealthiest man in the world. What follows is the series of scandals that can put the entire estate into shame. At the center of this is Elizabeth Roffe, the daughter of the man who suddenly finds herself as not only the chairperson of the company, but also the prime target for an unknown assassin!!
READ MORE