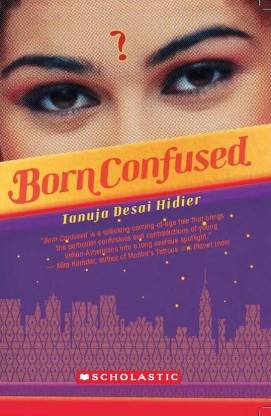 Cross-cultural comedy about finding your place in America . . . and finding your heart wherever, from an amazing new young author.

Dimple Lala doesn't know what to think. She's spent her whole life resisting her parents' traditions. But now she's turning seventeen and things are more complicated than ever. She's still recovering from a year-old break-up and her best friend isn't around the way she used to be. Then, to make matters worse, her parents arrange for her to meet a ""suitable boy."" Of course, it doesn't go well . . . until Dimple goes to a club and finds him spinning a magical web of words and music. Suddenly the suitable boy is suitable because of his sheer unsuitability. Complications ensue. This is a story about finding yourself, finding your friends, finding love, and finding your culture -- sometimes where you least expect it.

An ALA Best Book for Young Adults


""Hidier quietly revolutionized YA literature with Born Confused; this sequel indicates she's intent on a repeat. Dense, lyrical full of neologic portmanteaus and wordplay: this is a prose-poem, meditation on love, family, and homecoming posing as a novel...a journey worth making.""

""Absorbing and intoxicating, this book is sure to leave a lasting impression.""

Tanuja Desai Hidier is an author/singer-songwriter born and raised in the USA and now based in London. Her first novel, Born Confused – the first-ever South Asian American coming of age novel, was named an American Library Association Best Book for Young Adults and became a landmark work. The heart of Born Confused is about learning to bring two cultures together without falling apart, yourself, in the process.bThe long-anticipated sequel, crossover / adult novel Bombay Blues, deemed “a journey worth making” in a starred Kirkus review. Born Confused, that turned its author, Tanuja Desai Hidier, into a chronicler of the chronic identity chaos that affects the desi diaspora.