Buddha is a manga based on the mythological life events of Gautama Buddha, the founder of Buddhism by Osamu Tezuka.

When Siddhartha Gautama was a young prince, he was kept captivated within the confines of his father’s palace. His parents were in constant fear that a prophecy about Siddhartha would come true. If Siddhartha were to see the troubles of mankind in the outside would, he would leave his home forever in search of answers. They had no way of telling that Gautama’s awakening would save the world. One day, he leaves the palace and walks among his people in disguise, discovering the grief of old age, sickness, poverty and death. His mind begins to hurt under the pain he feels for his fellow men, and he soon leaves the city to find the meaning of life. What he discovers, secluded under the shade of a tree, leads to his enlightenment and sets the foundation of what we now know as Buddhism. This is his story, the story of Gautama Buddha.

Osamu Tezuka was a Japanese mangaka, animator, film director and film producer. He is widely considered the Father of Manga, and the Kamisama of Manga. He is best known for creating the Astro Boy franchise, Kimba the White Lion, Message to Adolf, Princess Knight, and Black Jack.

Tezuka-san won several accolades for his work and contribution to the genre. He is the recipient of the 1983 Shogakukan Manga Award, the 2004 and 2005 Eisner Awards for Buddha, and the 2009 Eisner Award for Dororo.

The Buddha series was adapted into an animated film by Kozo Morishita, produced by Tezuka Productions, animated by Toei Animation and distributed by Toei Company and Warner Bros. Pictures. 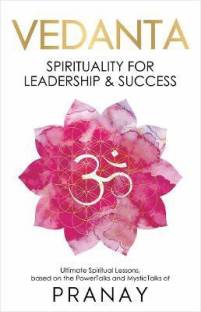 I can't believe this hasn't been reviewed before.

Osamu Tezuka's critically acclaimed Buddha series is one of the greatest graphic novels published.
The box set is beautiful. A true collector's item. I made the mistake of buying the first volume individually and then I came across the box set which is not only much cheaper than buying all eight separately, but comes in a lovely box, complete with artwork.

Flipkart as usual was perfect in packaging and delivery.

My favourite purchase yet.
READ MORE

Must buy for manga fans

This is my first "boxset" purchase and I love it. Humorous, lively illustrations and quite an interesting read.
Flipkart, ofcourse, is the best place to buy with the discounts and fast delivery.
READ MORE

I Love the book it's a good way to read and enjoy the life time story of Buddha , the way the author writes and draw the images in black and white it's so impressive I love it , on time delivery and packing is so good
READ MORE

Beautiful packaging and a very good price for the complete series. The graphic art is amazing and the box set itself looks beautiful on the bookshelf. It is one of the best manga series by Osamu Tezuka.
READ MORE

Every page is a work of art here and I am enjoying it thoroughly.
Would like to mention that this set might not be suitable for gifting to children. It contains art-forms which might not be well received by children.
For grown-ups, its a superb thing to read. It looks great with the box which doubles as a catchy art-work itself.

I have always been a huge buddha fan, I have read buddha's comic version of amar chitra katha when I was in 1st grade & even now while I am working I am stunned how the level of art has evolved in the world we live in. Buddha Box Set is one of the masterpiece I have ever added to my comic collection as the story of buddha from A-Z is told in such a captivating manner that you lose the count of time. This is a must buy for those who have a passion to read manga as well as for those who like t...
READ MORE