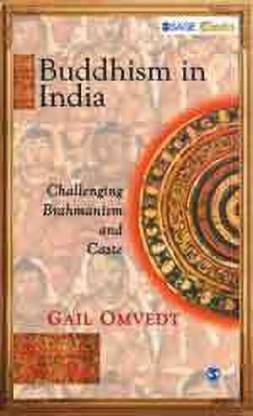 SAGE Classics is a carefully selected list that every discerning reader will want to possess, re-read and enjoy for a long time. These are now priced lower than the original, but is the same version published earlier. SAGE`s commitment to quality remains unchanged. This fascinating book constitutes a unique exploration of 2,500 years of the development of Buddhism, Brahmanism and caste in India. Taking Dr Ambedkar`s interpretation of Buddhism as its starting point, Dr Gail Omvedt has researched both the original source of the Buddhist cannon and recent literature to provide an absorbing account of the historical, social, political and philosophical aspects of Buddhism. In the process, she discusses a wide range of important issues of current concern.Dr Omvedt maintains that the revolutionary audacity of Dalit leaders such as Dr B,R. Ambedkar, despite their often subversive reinterpretation of the Buddhist tradition, is in tune with the basic ethos of original Buddhism. Ambedkar found his own middle way by avoiding both the straitjacket of the Marxist ideological response to suppression and the tame reformist within the fold of Hinduism. Since there has always been a struggle of hegemony between competing religious systems, the author argues that given the ascendant position of Buddhism from the 4th century BC to the 6th century AD, ancient India should actually be described as ‘Buddhist India’ and not ‘Hindu India’.Providing an entirely new interpretation of the origins and development of the caste system, which boldly challenges the ‘Hindutva’ version of history, this book will attract a wide readership among all those who are concerned with the state of contemporarty India’s policy and social fabric.

Bring Indian history back to the middle - A radical and necessary revision.

I have just finished reading Gail Omvedt's book " Buddhism in India" - challenging Brahminism and Caste. I was intrigued by the word "Brahminism" which is used in the book instead of the normally prevalent "Hinduism". This is technically correct because the word "Hindu" is geographic rather than religious.

The book covers around 2500 years of Indian history from the origin of Buddhism to present day. It is a detailed study of struggle between the egalitarian Samana traditions native to India...
READ MORE

5
0
Permalink
Report Abuse
Have doubts regarding this product?
Safe and Secure Payments.Easy returns.100% Authentic products.
You might be interested in