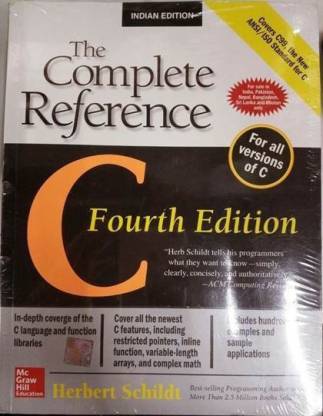 In C: The Complete Reference, Herbert Schildt emphasises the fundamentals of the C programming language. He keeps the readers up-to-date with the latest information on the subject.

In C: The Complete Reference, readers will get a general overview of C. Schildt also briefly touches upon compilation of C, the distinction between C and C++, and points of differentiation between compilers and interpreters. The author also provides examples of how C is used, particularly sample codes and topics such as formal, local, and global variables. By presenting an overview of arrays, Schildt helps readers understand one of the most difficult areas to comprehend in the C programming language, pointers.

C: The Complete Reference is an excellent aid for both amateurs and professionals in the field of programming languages. Readers can expect to find an excellent coverage of topics such as localization functions, algorithms, and AI-based problem solving. They will also find various examples and sample applications that will help them understand many of the concepts easily.

In this updated edition of the book, Schildt builds upon the previous edition by including a detailed coverage of C99 and the ANSI/ISO standards for C. He also includes the source code for using the C interpreter in real world applications.

In this handy reference guide, Schildt presents his material in a clear and concise manner, interspersing discussions with examples and snippets of code, which keeps the readers engaged.

C: The Complete Reference was published in 2000. It has received positive reviews for its lucid content and wealth of practical information.

He is considered an authority figure on the C programming language and has written over twenty-seven books on the subject. Some of his books are C: The Complete Reference and Born To Code In C. Schildt’s books have sold over three million copies and have been translated into several languages.

Schildt graduated from the University of Illinois at Urbana Champaign. In addition to being a programmer and author, he is a multi-keyboardist for the rock band Starcastle. 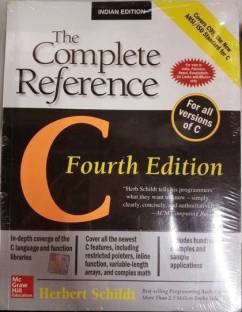 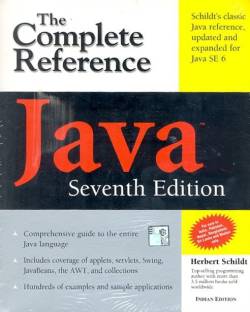 just the perfect book for a beginner to get started with c language.Content is absolutely clear and well explained.Overall if you are buying book on c language for the first time the this is the perfect choice.
READ MORE

As a Btech student of computer science and engineering I strongly recommend everyone to buy this book as it is worth all of it. U can find anything and everything here. It not only has c but all the other versions of it. If u r looking for a book to learn c then this is the book u need.
READ MORE

Worth The Price and valuable Concepts

First of all let me brief about the Delivery , Flipkart is really fast like blitzkrieg they delivered the product within 16 Hours , i was not expecting that much fast Delivery from a online portal.

And finally about the Book , This Book is word by Word and line by line meaningful and full of concepts , its totally up-to you that how you are grasping the Concepts.

NB: This Book is is not for the Beginners.
READ MORE

Amazing book! I would recommend this book for every student/professional who wants to understand the beauty of C. This statement on its cover page: "Herb Schildt tells his programmers what they want to know - Simply, Clearly, Concisely, & authoritatively" fits perfectly with the book. Wish you happy reading!
READ MORE

The bible of C indeed. Simple approach,ample amount of examples.Though i refer let us c for the beginners. But a must for those who want to master C
READ MORE

One of the best books on C

One of my s/w engineer friend suggested me that book. Really good one. I started my arduino journey with that book. Very useful learning kit.
READ MORE