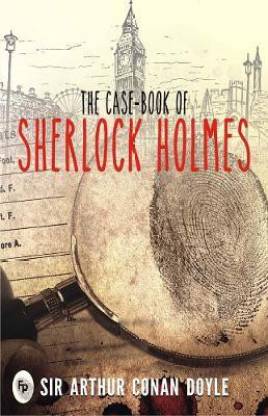 Description
"When you have eliminated all which is impossible, then whatever remains, however improbable, must be the truth."From cases that baffle the clients to the ones that leave even the police bemused, Sherlock Holmes can solve it all.A collection of the twelve final adventures of Sherlock Holmes, The Case-Book of Sherlock Holmes includes 'The Problem of the Thor Bridge,' 'The Adventure of the Sussex Vampire,' 'The Adventure of the Retired Colourman,' 'The Adventure of the Three Garridebs,' and 'The Adventure of the Illustrious Client.'Rip-roaring and spine-chilling, these stories have been intriguing readers for generationsAbout the AuthorAn exceptionally talented storyteller, Sir Arthur Ignatius Conan Doyle was born in Edinburgh, Scotland, in May 1859. Doyle began writing while studying at the University of Edinburgh Medical School, which he joined in 1876. Doyle graduated in 1881 and was employed as a surgeon on the steamer Mayumba on its voyage to the West African coast.Sir Arthur Conan Doyle was most noted for creating the fictional detective Sherlock Holmes and writing stories about him which are generally considered milestones in the field of crime fiction. Pointing out the social injustices, Holmes offers a new and just approach in a world which is unfair. Sherlock Holmes, the most well-known fictional detective, has been listed with Guinness World Records as the "most portrayed movie character" in history.Doyle died of a heart attack in July 1930, aged seventy-one.
Read More
Specifications
Book Details
Dimensions
Frequently Bought Together 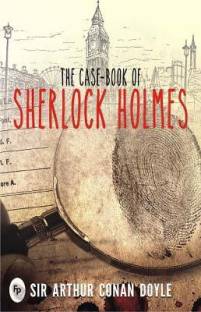 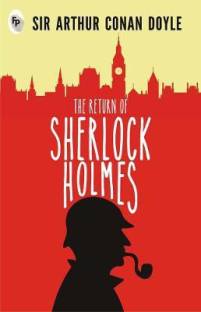 Awsom book with 12 chapters....
The language is bit matuered
Suggest it to be read by 18 yrs & above......
Best time of reading is when u r alone, with a reading lamp..
Beleave me u will actually walk with Mr. Holmes along Dr. Watson on the other side..
READ MORE

Worth the price.
READ MORE

Whatever I expected from this book. I have got ☺️
READ MORE

It is awesome
READ MORE

Nice one 👍👌 I liked the quality and am happy that it's not pirated copy it's the original one . Liked the book amazing one
READ MORE