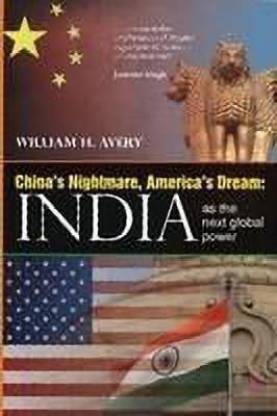 China’s Nightmare America’s Dream is a very prospective book by William H. Avery that will help the readers to know how India can become a superpower nation in the future.

China’s Nightmare America’s Dream, authored by William H. Avery, is a book that describes about the necessary steps that India must take up to become one among the powerful nations in the world.

This book centrally focuses on India’s international relationships with all the other countries of the World, especially with the US. The author tries to sum up his reasoning with the aid of his observation on India’s historical achievements, Economic Growth in the recent past, and changing Foreign and Social Policies that have helped India to grow in the recent years to become one among the powerful nations in the world.
The author of this book stresses on the fact that the alliance between India and the US has to grow stronger so that they can deal with the current disputes more easily. He also states the fact that the changing alliance between US and UK has already made an impact on the developments in the 20th century. UK has already lost its momentum, as the geopolitical norms claim that a country that has got lesser population cannot be placed in a significant position in the global race towards development.

The author also emphasises on the fact that US might need an alliance to face China’s might. And India is the only nation that can help US to take over China, but India’s geopolitical role is still blurry. According to the author, India has to come forward confidently and correspond to US’s invite, but how? This book shall answer to all the questions and give a ray of hope that will help India to work hard towards its glory and development.

This book is completely comprehensive and informative. This book is designed for all the people who are interested in political science and its impact on the countries of the world.

William H. Avery is a Corporate Advisor, Former Diplomat and Counsellor of some of the World’s most renowned companies.

He has authored several articles like US invasion of Iraq: Was it all worth it?, US embassy dispute: Does India need to change its Approach towards Attacks on Diplomats?", How India can overtake China in the battle for Higher Education and Economic Growth, and Why PM Manmohan Singh should not attend NAM Summit, and many more for various eminent newspapers like the Financial Express, Times of India, and The Economic Times from all over the world. Apart from this, he also frequent commentator on international trade and foreign policy.

He holds his Graduation Degree from the Princeton University. He was also a Fulbright Scholar from the University of Vienna. Avery has worked as an Economic Officer for the United States diplomatic service. Apart from this he is also an advisor of acquisitions, international trade and mergers, performance improvement, and corporate strategy for many renowned business firms. He has received the State Department’s Meritorious Honour Award thrice. 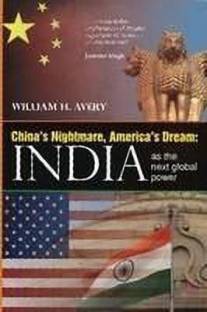 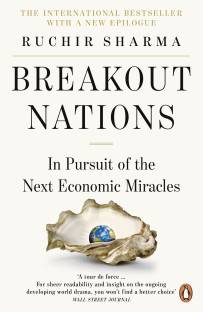 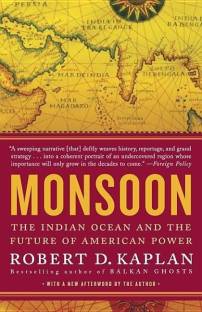 A timely book, interesting in its chinese thrashing. The 1998 pokhran nuclear test coverage is not properly explained from india's point of view, and the stand of the author is biased. He along with the rest of the world saw the indian experiments, unjustified and put india in the league of iran and north korea. Thats condemnable, because India has no imperial ambitions over any land, apart from Kashmir, which according to us, is our own territory. And its his nation, the United states which ...
READ MORE

Great + Interesting!! Go For It

It's For You, If You Keep An Interest In International Relation... China & India Are Major Players In Geo Politics And It's Interesting To See How Does China See India's Subsequent Rise In International Arena(As Both Are More Like A FRENEMY)!! And How American Will Play Its Role In This Asian Diplomacy!!.. It's A Nice Matter Covered By The Author... So Go For It.. Good Read.
READ MORE