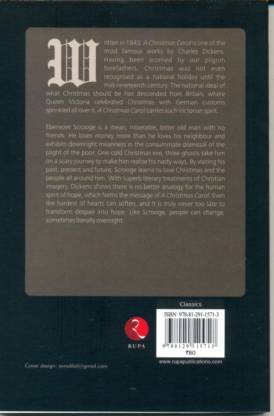 One of the famous works of Charles Dickens, A Christmas Carol is a classic novel about a grasping old miser Ebenezer Scrooge, set in the backdrop of Victorian era.

A Christmas Carol by Charles Dickens is a book that highlights the fascinating story of Ebenezer Scrooge. The spirit of Christmas is in the air but Mr. Scrooge is hardly interested in any revelry. To him, his money and his work is everything. Even on the eve of Christmas he makes his employees work. He is not even bothered to wish anyone for Christmas; to him it is just another day of the year. But will the spirit of Christmas spare him from realising the fact that money is not everything and that he will be all alone one day. Only to make him realise this truth, one of his deceased friend Mr. Jacob Marley’s spirit visits Mr. Scrooge in his dream and warns him about his destiny if he remains the same. Later in the story, the ghosts of Christmas Past, Present, and Future visits Mr. Scrooge, one after the other only to make him understand, that his life is nothing but remorse without the essence of brotherhood and love. But how will Mr. Scrooge realise this? Is he guilty for what he does? Find out the meaning of the spirit of Christmas with Mr. Scrooge’s retrospection of his life.

This book has been popular for ages and with several reprints of its original book, which was first published in the year 1843, A Christmas Carol is still a book that will leave its readers mesmerised. This book became so famous among the ardent readers of English Literature that some of the expressions in this book became popular idioms like “Merry Christmas”, and “Humbug!” And the name Scrooge became a synonymous word for someone who hoards money. This book has been adapted to various means of media like films, television, radio, operas, ballets, recordings, graphic novels, parodies, and dramas throughout ages.

Charles Dickens was one of the most read English authors of the Victorian era.

Charles Dickens was born in the year 1812, in the district called Landport, Portsea. During his childhood he took up private education for some years. He joined the Wellington House Academy, an institute for teenager education in North London. He worked as a junior clerk with the Ellis and Blackmore, attorneys, Holborn Court. He was also a journalist. He died in the year 1870 and was buried in the Poets' Corner of Westminster Abbey to rest in peace. 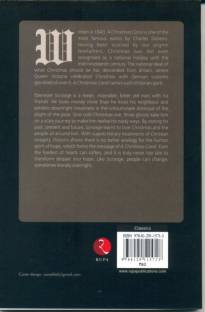 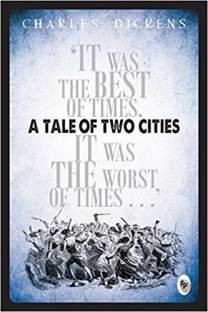 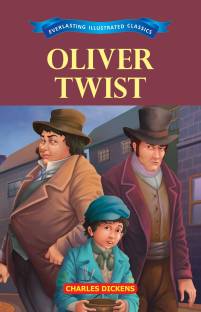 Very good book to read. This was my first order from flipkart.com and they delivered it 2 days before mentioned time, And also great packing. This book is a shorter and simpler version of the real story very good !
READ MORE

must read for kids

nice classic tale for childrens..i bought it during billion day sale..and boy it was in so fresh condition...
childrens adore this one..a must buy
READ MORE

good service...but no book mark ... i am very sad
ANYWAYS DIS IS AN AMAZING read for all kinds of audience. to kids it may apeal differently but it has a vast range of deep ideas and thoughts to convey. WORTH IT
BUT OMG ....BOOKMARK...I WANT BOOKMARKS
READ MORE

A great book for childrens

I bought this product for a child as chistmas gift.. and the child loved to read the book.
Its a great book for childrens, even its good for elder.
READ MORE

If you are intersted in novels , literatures or even if you want to gift book to a younger lot..THIS IS THE BOOK.. dickens is one of the most celebrated writers of all time & u will get to know why - after reading this,,, good on the heart , as well as a lesson to all.. Being kind... this book was on my 10th standard but a shorter version... WOrth the attention :)
READ MORE

This book genuinely makes you happy !
An apt book to read for Christmas and new year..Thanks Mr.Dickens !! :)
READ MORE

Binding is poor in such a way that words ending on left page and starting on right page are not readable. Lack of proper spacing in order to save pages. Consider same book from another publisher before buying this. This product doesn't give you the feel you should get while reading such kind of piece.
READ MORE

Condition of the book as well as discount amount and delivery , everything is awesome but I've given 4 star as they did not provide me with any book-mark.
READ MORE

Flipcart sent an old used copy. Pages were yellow in colour and some letters and words were also scribbled at the back
READ MORE