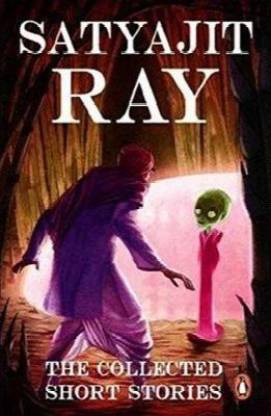 Description
Best known for his immensely popular Feluda mysteries and the adventures of Professor Shonku, Satyajit Ray was also one of the most skilful short-story writers of his generation. Ray's short stories often explore the macabre and the supernatural, and are marked by the sharp characterization and trademark wit that distinguish his films. This collection brings together Ray's best short stories, including timeless gems such as 'Khagam', 'Indigo', 'Fritz', 'Bhuto', 'The Pterodactyl's Egg', 'Big Bill', 'Patol Babu, Film Star' and 'The Hungry Septopus', which readers of all ages will enjoy.
Read More
Specifications
Book Details
Dimensions
Frequently Bought Together 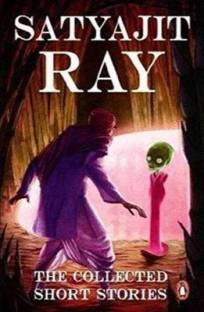 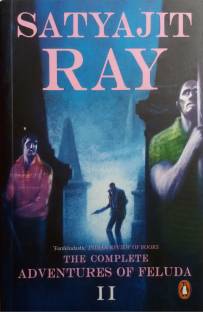 This book is not only for children but for elders as well and for anyone who loves reading books.The author takes us to every corner of India to show the different cultures of every state of our country.The vivid imagination and pacey writing from author makes this book an enjoyable read.
READ MORE

A perfect buy for small kids and teenagers. The simple English but extremely delightful stories each of about 10-20 pages are almost impossible to discontinue reading. The skills of the genius Satyajit Ray can be easily noted through this book of 672 pages,consisting of 49 different stories.
Now,the quality of the book;-
Initially the book is in great condition but the quality of the pages should be improved. Otherwise it's a great book for teenagers and young minds.
Extremely satisfied....
READ MORE

It is a wonderful book. It encompasses some of the most popular short stories of Satyajit Ray. The translation is lucid and successfully captures the essence of the stories with apt words and the translator, Ms. Gopa Majumdar has executed the task brilliantly. The book consists of stories belonging to various genres. All the bengalis who have read the original works of satyajit ray might notice the lack of nuance in the English translations but the translator has managed to precisely describe...
READ MORE

Great stories by a master storyteller!! Translation is also good!! Illustrations by Ray in the original Bangla version are missing here. The quality of paper used could have been better!!
READ MORE

Masterpiece by the great Film Maker. I have been searching for this product for last 10 years. Finally got it.
READ MORE

No one can stop reading until a story has finished.