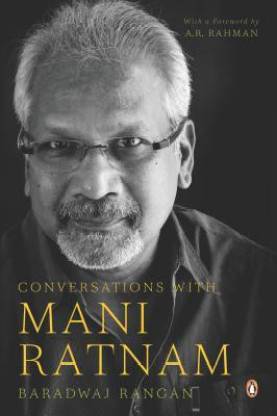 Mani Ratnam is considered one of the most respected directors and producers in the Indian film fraternity. Conversations with Mani Ratnam is a perfect book for movie buffs and avid fans of Ratnam.

From groundbreaking movies like Roja to Kadal, each movie of Mani Ratnam has set a new benchmark for other filmmakers. Conversations with Mani Ratnam authored by Baradwaj Rangan, gives you a peek into the man’s life and his thoughts. For the first time ever Mani Ratnam gets candid in this book and opens up for his fans. Complete with posters, script pages and numerous stills, this book gives you a glance into what goes into making masterpieces.

Baradwaj Rangan is an Indian author, film critic and editor. He worked with The New Indian Express formerly and currently works for The Hindu as a Deputy editor and film critic. Rangan has authored the book Conversations with Mani Ratnam. 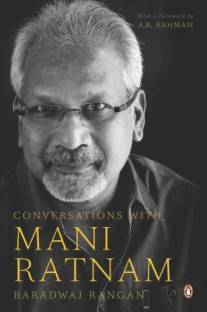 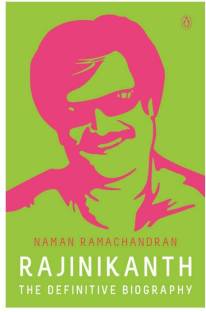 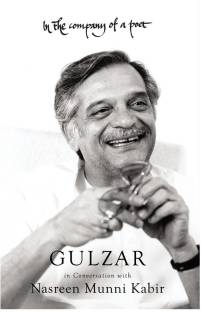 I think this is the finest conversation ever recorded by a film critic and a filmmaker. And very few filmmakers in the world have articulated themselves with such precision. Mani Ratnam does it with no references to any philosophical systems or theoretical positions. There is a certain kind of honesty and sincerity in purpose which Baradwaj Rangan has managed to bring about and that is very important for all aspiring filmmakers to learn from in this book. Few filmmakers acknowledge their own ...
READ MORE

For someone who has always been in awe of Mr. Mani Ratnam and the films that he has made, this book actually cuts through all the mystique that I had had constructed around this man. With a dedicated chapter for each of his films, this book is full of honest insights about the filmmaker's craft and process and it leaves you awe-struck in the sense that you realize that after all, Mani Ratnam is the filmmaker who he is only because of his dedication and passion for film making. A great read an...
READ MORE

Most often, we don't recognize legends during their making. But when they are up there shining like brilliant stars, we go back, revisit their work and say WOW. I said more wows reading about these movies from the creator's viewpoint than when I actually saw those. Such insights. Such details. Mani Ratnam is indeed a legend.

I am not sure if I am more in awe of Maniratnam for his earthly movies or the author Baradwaj Ranjan for bringing out the best from an otherwise reserved director, perfe...
READ MORE

If you are a big fan of Mani and you enjoyed all his movies, you would love this book. And I bet after reading about each movie, you would want to watch the movie again to observe the amount of detail that was actually put in each storyline. I was more fascinated to read about his older movies like Mouna Raagam, Agni Natchatiram and Nayagan than his newer ones (Guru, Raavan..) This book has also changed my point of view on Mani's films. I will for sure watch out for the rain, trains, umbrella...
READ MORE

I BOUGHT IT THE MOVEMENT I SAW IT IN FLIPCART. AS ALWAYS GOOD SPEEDY DELIVERY BY FLIPCART. AS A BIG FAN OF MANI RATNAM SIR ( MAINLY THE FILMS HE DID IN SOUTH INDIAN LANGUAGES ) I WANTED TO KNOW ALL ABOUT HIS FILMS . THE BOOK IS IN THE FORMAT OF VARIOUS INTERVIEWS DONE BY THE AUTHOR . MANI SIR MAINLY JUST ANSWER HIS QUESTIONS. THERE IS NOT MUCH DETAILING ABOUT THE BEHIND THE SCENES OF ALL HIS FILMS. THERE FORE I AM LITTLE DISAPPOINTED BUT STILL LIKE ALL MANI SIR FILMS THIS IS A MUST BUY BOOK...
READ MORE

Very fast delivery and excellent packing too. Got within 2 days time. Just bought this book as a gift for my friend, thought it will take time but it came much sooner than i expected, thanks to flipkart, excellent work.
READ MORE

First of all wanna say this, MUST READ BOOK. ManiRatnam is a great filmmaker and he is a very successful Self taught filmmaker. Nice to read all his experiences on his films. Thanks to him for the movies like Nayagan and Thalapathi.
READ MORE

As an ardent follower of Tamil cinema and Mani Ratnam's movies in particular, this was something I couldn't miss out on. Add to it the fact that it is written by my favorite movie critic, Baradwaj Rangan. The hardcover version is a connoisseur's delight. Excellent quality and lots of pictures.
Rangan sheds light on different facets of the reticent auteur's body of work. Highly recommended read!
READ MORE

This is the first film related book i've read, so i'm not really sure how to put this down. The book was an easy ready. With Mani saar being one of my favorite directors, and having watched (almost) all of his movies, this book provided great insights into his working style and how he evolved as a filmmaker.
READ MORE

I am ardent fan of Mani Ratnam Sir. I really liked the book. It is simple and easy to understand. A great book.
READ MORE