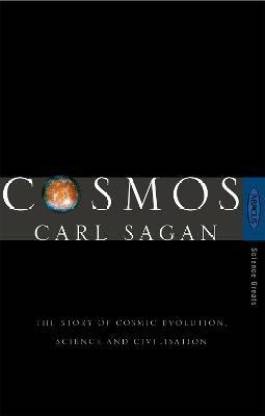 Cosmos: The Story of Cosmic Evolution, Science and Civilization is one of the most revered books written by the visionary astronomer, humane astrophysicist Carl Sagan. A story narrated with Sagan’s consummate, candid wit and insight, Cosmos offers a fresh perspective into the growth of science, the significance of individual contributions of some of the best minds in humankind, and how billions of years of cosmic evolution has transformed mere matter and life into consciousness.

Carl Sagan has an inimitable ability to take the spirit of human exploration to a whole new stratosphere. In Cosmos, he writes how the human brain has evolved as a part of evolution of life, to try and comprehend the enigmatic existence of our universe and everything in it. Since the days of Egyptian civilization to the present day, man has been constantly striving to understand the purpose of universe and our lives in it. He also explains the most complex concepts like the evolution of galaxies, the death of sun, the origins of matter, other suns and worlds with an unassuming simplicity. Cosmos is an immaculate vision into the past, contemplation on the present, and a boundless hope and inspiration for the future, all of which make it a timeless classic.

Carl Sagan is unarguably one of the greatest ambassadors of humanity, for his prolific contributions towards science happen to inspire millions of minds across the world to this day. He created new avenues for exploration and perspectives for our species that is beyond all the boundaries of geography, politics and our own insignificant place in this universe. Though he was a brilliantly talented astronomer, astrophysicist and cosmologist - fields which are often considered to belong to an elite set of intellectuals - Sagan brought them to the common man's backyard by adding a unique universal outlook to it. Remembered for his golden plaque idea on the Voyager spacecraft, which is now floating in the outskirts of our solar system carrying humanity's message, Sagan, with his thought of Pale Blue Dot, reminded us why, what, and where we belong. Playing a vital part in several planetary missions for NASA, he was an exceptional source of stimulation in Astrobiology, and SETI research. He was probably one of the very few scientists who have won both Pulitzer Prize and Emmy awards for their works. Awarded by NASA's Distinguished Public Service Medal and several other great honours, Carl Sagan took popularizing science to a different level through his TV series Cosmos. Though he spent most of his time as a Professor at the Cornell University, Carl Sagan can easily be considered as a faculty of humanity. Some of his other literary works include The Demon-Haunted World, Pale Blue Dot: A Vision of the Human Future in Space, The Varieties of Scientific Experiences and Billions & Billions. 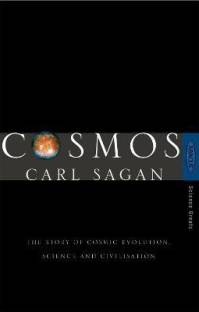 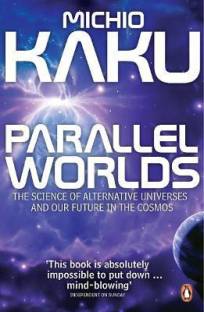 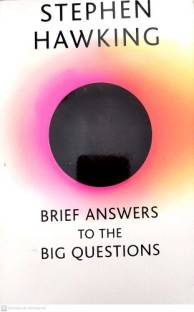 You don't need to be quite good in science to understand this book, it's a perfect read.

Carl Sagan talks about Cosmos and Atoms and then about our ourselves, our ancestors, and the civilizations. He wrote this book in such a beautiful fashion, by the end you would be completely immersed in the book and definitely close the book as a better person.

As you look at the last page, you sure will have a wide grin for the money you spent on this.
READ MORE

I have always been loving astronomy and i must tell this is the best book....oh wait!! This is not a book, actually this is like watching a video which takes you into the amazing journey of the COSMOS. Just amazing!!
READ MORE

Nice book. Loved it. Not as good as The Theory of Everything, but ok. It tells a lot about our past, the reason of our existence.
READ MORE

Yes read it before you die!

I don't think that this book needs any review, it's easily one of the greatest book on astrophysics ever written.
Coming to the service, Flipkart has delivered it in quiet good condition, although the outer packing could have been better, but there no damage to the book.
If you are enthusiastic about this book, then buy it straight away.
READ MORE

NOTHING CAN BEAT THIS EPIC BOOK

Having read this book, i cried immensely. i wasted all my 30 years. i can split my life into two types. BEFORE COSMOS & AFTER COSMOS. This is Life Changing Book. My entire attitude changed. My life take up the new dimension from now on. i am sure there wont be another book like cosmos.
CAR SAGAN Played brilliantly through his noble thoughts. all the cosmic particles exciting with sagan thoughts.
READ MORE

Great book. Will definitely clear all your fascination, fantasy and queries about side. Will recommend it to everyone who want to uncover the mystery behind of our great universe
READ MORE

Good work by Mr.Sagan. The book tells about the evolution as well as future of astronomy. Packaging was good
READ MORE

The best book there is about our universe & the amazing facts about it...... About its history & how everything came into existence....... Mr. Tyson's narration is always extraordinary...... Love it so much...... If you wanna know how this universe & you evolved to what you are today...... Buy this !!
READ MORE

Cosmos,The Story Of The Human Species and All Life (as we know it)

I chose this rating because which story is more important than OUR story?Carl Sagan combines aspects of history and science to explain to us intelligent apes what life is.Words won't do it justice.This is like an awakening,which will lead you to the REAL truth.No one can dislike this truth as long as they believe in Scientific Reason.I would like to recommend this book to all humans.Period.
READ MORE