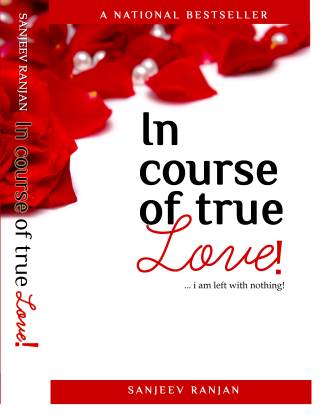 In Course Of True Love! takes a look at the bittersweet moments of puppy love through the story of the protagonist, Aarush.

In Course Of True Love!, the debut novel of Sanjeev Ranjan, presents a sweet tale of puppy love and all that it signifies.


In the book, the protagonist is Aarush, a reticent 16-year-old. Things are not going too well in his life—his parents are not impressed with his reasonably good exam score of 90 percent. He subsequently moves to Bokaro to pursue further studies.


There he becomes hopelessly besotted with Aachankya, a girl who happens to be a popular college heartthrob. Surprisingly for him, his feelings are reciprocated by Aachankya. Their story has all the hallmarks of a teenage crush—pounding hearts, sneaking glances, coy smiles, endless giggles, and stolen moments.


Though initially projected as a simple love story that takes place in college, as the plot develops, it makes the readers wonder if there is more to it than meets the eye. It makes them question whether it is possible for true love to blossom at the tender age of 16. Or perhaps, as always, a mere infatuation is being misconstrued as true love.


In Course Of True Love! takes the common teenage phenomenon of puppy love and seeks to capture its innocent, bittersweet quality. More importantly, it takes a look at the supposedly transient nature of infatuation to see if it hides something deeper and more lasting.


Through Aarush’s story, the author makes the readers think about the mysteries of love, its purpose, meaning, and journey.


The book was released on January 2, 2012. It was published by Srishti Publishers & Distributors.

Sanjeev Ranjan is an Indian student who recently turned writer with his debut novel.


Ranjan was raised in a small town called Siwan, Bihar. He attended the DAV Public School. He completed his pre-university education from Chinmaya Vidyalaya in Bokaro. He loves reading, listening to music, and coming up with new ideas. Ranjan is currently in the final year of Engineering at Sastra University. He plans to continue writing in the future. 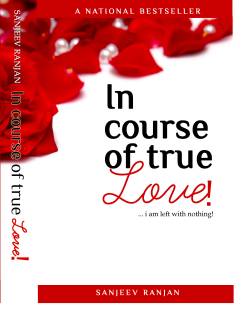 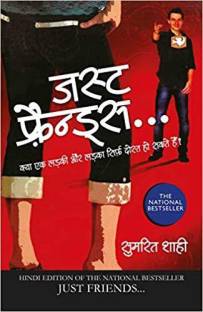 A cornucopia of LOVE

Nicely knitted story with a touch of heart...!! A special mention for all romantic souls ... this journey of love will surely emote you.

And, to the author, fantastic work you have done with so correct choice of words and fantastic punchlines ... am sure you have more in store for us in future..!!
READ MORE

Good work, An honest attempt by the author to open up his heart on the pages. A page turner, insulated from the high profile drama and masalas this book was successful in mapping the real world into the pages highlighting the eternity of true love. The writing was awesome and perfect. Needless to say that, it might set a new benchmark in the writing world. Waiting for few more from you. Keep writing,
READ MORE

I loved this book!

I have read many novels fictions, non-fictions, self-help, biographies, on occult, but, I feel, this is the finest piece I am having in my hand totally dedicated to the eternal and most complicated feeling "LOVE" what we feel, we all die for it. :P
what u have written in your novel is just making me mad. I am just feeling that people may have read thousands of novels,they may have loved a lot their partner, but to realize and enjoy love in true sense, this book must be read by everyone on Ear...
READ MORE

Awesome!! Must read the love story @16

Sanjeev, Awesome work indeed. so touching, so gripping plot.. Really loved the all the things. Your writing style and words selections are far better than other young authors which made me feel the emotions. Realistic. In love with characters.

Story clearly shows the love @16 and its cuteness and innocence captivated me and i finished in a single sit. love is unconditional and true exist, I can say now. The most important part of the story is that it easily connected to my life when I was i...
READ MORE

M In Love wid this course of love

I have read many book, I feel, this is one of the best, this is totally dedicated to a pure,complicated but awesome feeling called "LOVE" .
What a writer has written in this book....LOVE YOUR LOVE UNCONDITIONALLY.. I feel who are in love or want to understand this feeling should read this at least once , there may be people who have loved their partner a lot , but to realize and enjoy love in true manner, this book must be read by ALL....

This is the finest of the novels I have read so far , maybe because I can relate to it well , or maybe because it is too mesmerizing. The story of Aarush and Aachankya was so well depicted , that I could almost envisage them as my real friends.Great Work done by the author. I could almost get into the shoes of Aarush , and was carried away into the book , by the feelings of Love which the couple had. The most touching part was towards the end of the story , and the entire way in which the scr...
READ MORE

felt it my own story

the way of narration is very nice. the the characters are well described,every time i came in contact with aarush,aachankya, n others feels like real life characters. simple,sweet, cute n lovable r the wrds for arush :)
READ MORE

Just finished this novel. can say now in love with characters. Its sweet love story, clearly written keeping in view time, age of characters to give it feel and i could easily feel that emotions, excitement and pains. Characters are quite real. May be its authors real love story.

In last part of novel, last three chapters are awesome. first chapter also indeed very good start and made me curios throughout the novel to know how it all happened. i know there is very little scope of twists in ...
READ MORE

A silent river of love flowing sometimes through rocks and sometimes in plains.....

A high school love story (I assume its a real story..) of Aarush, a small town boy who leaves his dreams and studies for his love (or teenage attraction, whatever you call it) and at the end he gets....... well, you need to read the book to know more.....

A nicely written book. The author has chosen some very good words of English though there are some printing mistakes in the book which I think will be sort out in the next print.

Only improvement I can see is that the author needs to intr...
READ MORE

Read this awesome book by an young talented author sanjeev ranjan ... really hats off to ur writing dude ... A simple but elegant way of writing , book about todays generation definition of love n everything ... so fiction lovers just go for dis book i m sure you wont regret a single penny spend on dis book its worth it .. At last sanjeev ur book will b a national best seller for sure .... I m a big fan of urs frm nw onwards ...
READ MORE

2
2
Permalink
Report Abuse
+
All 36 reviews
Have doubts regarding this product?
Safe and Secure Payments.Easy returns.100% Authentic products.
You might be interested in