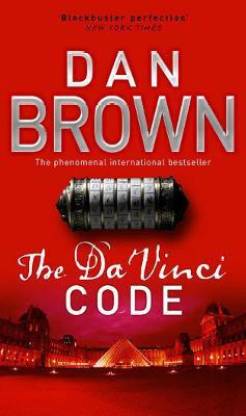 When the Curator of the Louvre is found murdered, his body lying in the form of the Vitruvian Man, the authorities decide to contact the Harvard Symbologist, Dan Brown to help solve the case. What ties did the victim have with the ancient cult headed by Isaac Newton and Botticelli? Together with the victim’s granddaughter, Robert Langdon must decipher codes designed by the victim, hiding a secret more powerful than any other, and learn the secret that many have died to protect. In doing so, he will come face to face with the true nature of the Holy Grail, and discover the truth behind the stories of Jesus Christ. 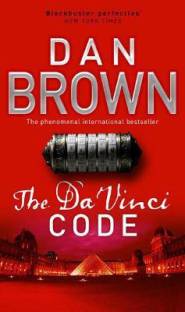 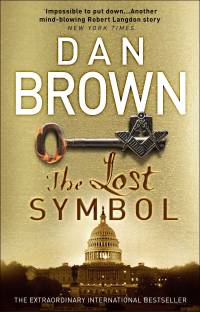 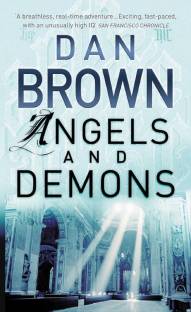 A Must Read Novel
This is my first Dan Brown novel and I became a lover of his writing. What an author Dan Brown is! His writing's depth and the details he provides are the best thing about his writing.
Let's come to the novel. Da Vinci code is the perfect one if someone is interested in misterious history and conspiracy theory. It's a must read novel for novel lovers.
READ MORE

The story i not a run-on-the-mill detective story. Very interesting book. With every turning page it piques your interest. I was just blown away. The good part of this book i it gives u a lots of brain food. Amazing book. Kudos to Dan Brown.
READ MORE

Words are not enough to describe the brilliance of this book. From writing style to plot , everything is flawless. The way different incidents are interwoven adds a great deal of thrill. I would recommend this book to people of all ages. It’s amazing how Robert Langdon, an ordinary professor with special abilities and knowledge uncovers the greatest mystery of mankind. His journey is definitely filled with betrayal and hardships but he doesn’t give up. Dan Brown has used scientific explanatio...
READ MORE

it was delivered in time. great product, in good condition even though package had a little damage. but still great book also got bookmark.
READ MORE

DA VINCI CODE! Full of thrills in every turning of page - couldn't keep the book down for a moment! Maybe the best Dan Brown book in the series. And as for flipkart, on time delivery and received in good condition.
READ MORE

Dan brown’s Davinci code is a thriller. The writer blends together the historical facts and fiction in order to create thriller. He definitely had done an extensive research to pen this book. The readers especially non christians need to do a little bit research about the sects like “Opus Dei, “priory of sion” and davinci paintings like ‘ last supper’. I doubt whether the book presented facts about the eradication of pagan religion and the interpretations of davinci pai...
READ MORE

An extremely thrilling book a must read book and I promise and I can guarantee it to all the readers that your pulse will go racing once you start reading this book it's a great book and also an amazing thriller probably the best by Dan Brown.
READ MORE

It arrived in good condition. The book itself is awesome and I love the story. It will keep you engrossed for hours! :P One star less because they gave me an old one...it just looked old I guess but it's holding up pretty good. The print is readable too and there are no issues with pages or so.
READ MORE

Simply one of the best books ever!!!!!!description of the details is fascinating....a must read...Even if u watched the film....you will feel the grip right from the beginning.....just read a chapter and u will get 2 know y it's a best seller....
READ MORE

Fastest delivery I have ever seen ... excellent packaging... contactless delivery .... I wanted to read this book for such a long time ... But can't did it ... So thank you Flipcart for fulfilling my dream ...
READ MORE