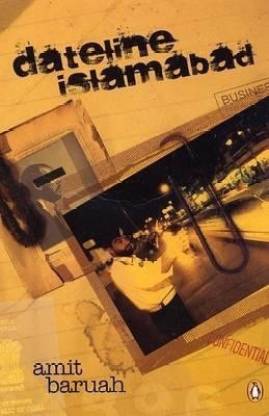 It was an assignment that was at once challenging and intimidating. I was going to be setting foot on --enemy'' territory.' Amit Baruah was one of only two Indian journalists allowed to be based in Islamabad during three tumultuous years of Pakistan's history. The author recounts with some amusement his family's experience of life in Islamabad society between April 1997 and June 2000"all of it conducted under the suspicious gaze of Pakistani intelligence agents who shadow Baruah, his wife and daughters everywhere, including into friends' living rooms. He records his frustration at being disallowed from reporting freely on the ground many events that defined Indo-Pak relations, even as death or kidnapping forever stalks him. Three incidents haunt Baruah the most: not being cleared to attend the funeral, in 1998, of John Joseph, the bishop of Faisalabad who committed suicide in protest against Pakistan's -blasphemy' laws; being forbidden to view the wreckage of an Indian Air Force plane shot down during the Kargil conflict of 1999; and being prevented from entering Afghanistan from Pakistan to report on the Kandahar hijacking later that year. And yet, says Baruah, despite all the personal and professional difficulties he faced in Pakistan, his stint in Islamabad and his exchanges with so many friends he cannot name proved to be the most exciting and enriching in his career. While admitting the difficult nature of his job as a foreign correspondent in a hostile nation, Baruah recalls the joys of meeting generous, like-minded people in a country whose regimented stance on India and its press is less than friendly.