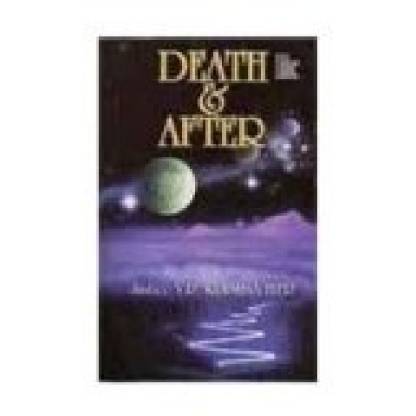 Description
Is death a wall or a door? Is it the ultimate end or is survival a fact with proof? Is communication with deceased persons a phenomenon testimonially established? The truth about Death and After raises challenging issues about discarnate existence. This is the basic theme which covers a vistaramic range and vast coverage, that dares the sceptic and solaces the searcher.

About the Author
V.R. Krishna Iyer born in 1915 in northern Kerala and educated in Annamalai and Madras Universities, practised law and involved himself in the defence of peasants and workers. He was elected initially to the Madras Legislative Assembly and later, after re-organisation of States, to the Kerala Assembly, where he shone as Minister in charge of important portfolios like Home, Law, Social Welfare, Electricity and Irrigation. Appointed Judge of the Kerala High Court in July 1968 and as member of the Indian Law Commission two years thereafter, he demonstrated his tremendous capacity to relate law to social needs and social justice. The Supreme Court of India beckoned him in 1973 and then followed an era of judicial activism, public interest litigation, affirmative action through Courts and a wide-ranging exercise of judicial review for which the Indian Judiciary is today well known throughout the world. Suffice it to say that there is no Indian Judge till date, living or dead, on whom three doctoral theses have been written by scholars in three different Universities. Mr. Justice V.R. Krishna Iyer has that distinction.
Read More
Specifications
Book Details
Contributors
Ratings & Reviews
3
★
3 Ratings &
0 Reviews
Have you used this product? Be the first to review!
Have doubts regarding this product?
Safe and Secure Payments.Easy returns.100% Authentic products.
You might be interested in
Other Self-Help Books
Min 20% Off
Shop Now
Medical Entrance Exam Books
Min 20% Off
Shop Now
Popular Psychology Books
Min 20% Off
Shop Now
Business and Management Books
Min 20% Off
Shop Now
Back to top