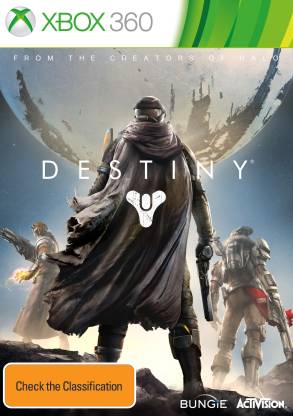 When the last few human beings are confronted by deadly alien forces that wish to push mankind beyond the brink of extinction, will you gear up to the teeth with weapons of mass destruction and become a herald of prosperity and protector of your kind?

A massively multiplayer online action role-playing first-person shooter video game for the PS3 console, Destiny, rated 16 by PEGI, is set in a post-apocalyptic future where humans, after a long era of peace and technological prosperity that saw mankind colonizing various planets in the Solar System, are hunted down by extraterrestrial creatures who encroach on the final human settlement on Earth. Thanks to an enigmatic celestial body called the Traveller and the human military forces, the last human city is safe, for now. It is up to the Guardians of the City, defenders of humanity, to retaliate against the malicious aliens and take back what is rightfully man's.

Developed by Bungie, the creators of Halo, and published by Activision, the firm that brought you Call of Duty, Destiny's gameplay sees the player acting as a Guardian. You can select to play as part of one of three races (the though Humans, the mysterious Awoken or the sinister Exo) and three classes, i.e., Hunters, Titans and Warlocks. Each respective class has a unique focus or special ability that can be utilized during competitive matches and co-op missions to the benefit of the player. The aforementioned abilities have defensive, offensive or buffing effects. The ultimate skill of each class is called a "super", a skill that can be used by a Guardian during battle; each super can be upgraded as the game progresses. Instead of seeing Destiny as a traditional MMO, game developer Bungie defines this game as a “shared-world shooter” - players can’t notice and interact with all in-game players. They are allowed to see and interact with only those players whom they have been matched with. Furthermore, the gaming experience is enhanced by the new In-house game engine which enables real-time dynamic lighting and global illuminations to occur synchronously. 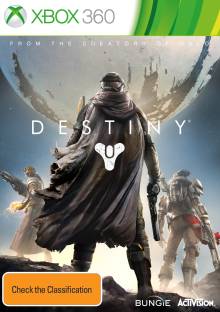 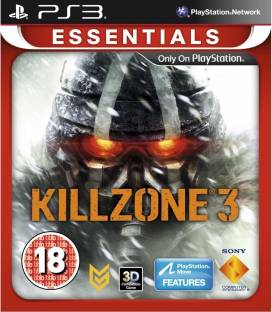 Been playing this game on my ps4 for about 2 months and i had to post this, "This game is good i mean graphics,locales,etc are all excellent "but"(and this is a big one) this game needs to be online and it has huge updates and shit and the dlc code i got was used so had to purchase dark below from psn this game is like mass effect i mean the concept of the games is similar i must say bungie did a good as well as a terrible job with this game so as a fellow gamer i say this "avoid this g...
READ MORE

No offline mode and has to be online all the time

This game was one of my anticipated games. But sadly there is no offline mode/campaign and has to be online all the time to play this game. I am fond of playing only offline/campaign mode even though i have good broadband connection. So has to take off my list and was unable to experience at all. Not sure even if there is demo version?
READ MORE

Got a broken case & no manual
READ MORE

30 GB update required before playing, and sometimes even after that, it doesn't work
READ MORE