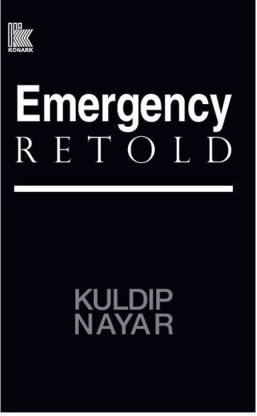 Indira Gandhi's checkmate on her political opponents, India's 1975 Emergency, was a period of controversy and darkness in India's past. In Emergency Retold, Kuldip Nayar revisits the period, breaking down the Prime Minister's move and re-sparking debate everywhere.

25 June 1975. The Indian President Fakhruddin Ali Ahmed announced that India was to fall under a state of emergency, citing what the Congress called internal disturbances. A move that had the hand of Indira Gandhi behind it all through it, the Emergency engulfed India into a period of censure and stripped civilians of their basic rights. Elections were suspended and civil liberties curbed. Indira Gandhi gained totalitarian control over the country and began an assault on all her political opponents who began to be conveniently imprisoned. Her son, Sanjay Gandhi, spearheaded a nationwide mass-sterilization program to curb the population growth, forcing vasectomies on males everywhere. Backed by Gandhi's supporters, the Emergency was one of India's blackest moments, when its definition of democracy fell into ruin. The country became synonymous with the Prime Minister's name and the hand of corruption began a Hitlerian regime which lasted for 21 months. Kuldip Nayar's book analyses why the country allowed one woman to gain total control and how the events unfolded. He examines its relevance, and the effects it had on corruption. A vital read for anyone who wishes to understand the political events in India, the book maintains Kuldip Nayar's unbiased view of events and analytical style.

Kuldip Nayar is an Indian journalist, human rights activist and author. He has penned several books, some of which are: Without Fear: The Life and Trial of Bhagat Singh, India After Nehru, Scoop! : Inside Stories from Partition to the Present and Report on Afghanistan.

Nayar graduated from the Medill School of Journalism, Northwestern University. 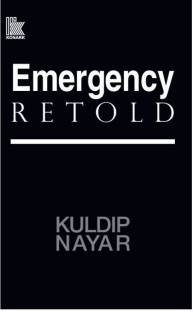 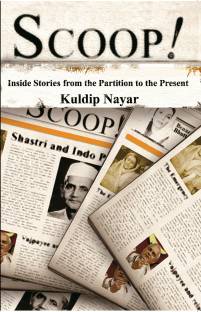 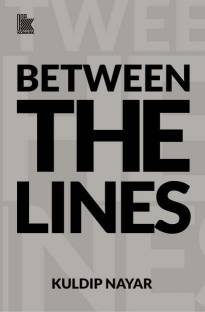 Good with some problems

The book starts slow and then moves on to such a pace that one can not put it down. For a person born in the 90s, this book is like a time machine which took me back in time. I wonder why we don't study such stuff in school.
However, there are a lot of grammatical mistakes throughout the book, and an equal number of spelling mistakes. I wonder who's to blame- the publisher, the author, or the editor?
READ MORE

One of good book to read about Emergency
READ MORE

One of the most explosive revelation of our times during the Emergency! Must read for all the people who would like to know and feel the perils of emergency and the reason behind it!
READ MORE