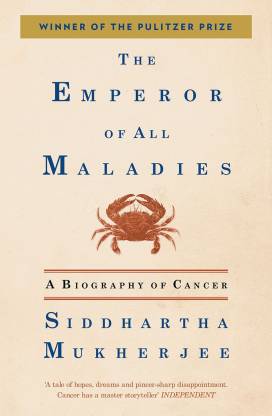 The Emperor of all Maladies - A Biography of Cancer (English, Paperback, Siddhartha Mukherjee)

The Emperor of All Maladies: A Biography of Cancer, winner of the Pulitzer Prize for Non-Fiction 2011, is Siddhartha Mukherjee’s most famous work. The book is an insightful account of cancer and the persistent fight of humans against it from the viewpoint of a doctor, researcher and an award-winning science writer. The book is even more profound with the meticulousness of a cellular biologist, the outlook of a historian, and the passion of a biographer.

The Emperor of All Maladies is a remarkably persuasive and moving account of a disease that humans have perished from and have been living with, for more than five thousand years. It is the story of human ingenuity, spirit and relentless persistence. It also discusses excessive pride and misunderstanding, leveraged against a disease that was said to be beaten three decades ago. Siddhartha Mukherjee talks about discoveries, hitches, successes and harms documented over centuries - from the times of the Persian Queen Atossa, whose Greek slave had to cut off her breast, to the nineteenth-century recipient of emerging radiation treatments and chemotherapy. Mukherjee also describes the story of his leukaemia patient, Carla, along with the tales of other people who have fought through all the harmful, painful, and vigorous tests and treatments to live. The book also offers a hopeful glance into the prospects of cancer treatments in the future. The Emperor of All Maladies presents new, knowledgeable standpoints on the way scientists, philosophers, doctors, and lay readers have studied and understood the human body and the ailments it is sensitive to, for ages.

Siddhartha Mukherjee is a world-famous cancer physician and researcher. He holds an M.D. and a Ph.D. A Rhodes Scholar, he completed his studies at the Stanford University, the University of Oxford, and the Harvard Medical School. He was a Fellow at the Dana Farber Cancer Institute and an attending physician at the Massachusetts General Hospital and also the Harvard Medical School. He is the esteemed assistant professor of medicine at the Columbia University and a cancer physician at the CU/NYU Presbyterian Hospital. His highly acclaimed articles are published in the prestigious journals including Nature, The New York Times, Neuron, New England Journal of Medicine, the Journal of Clinical Investigation, and The New Republic. 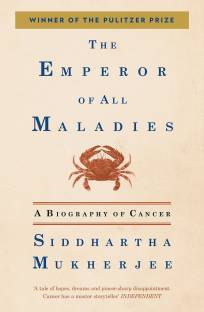 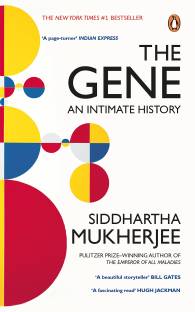 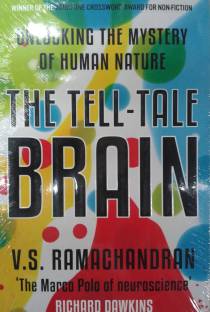