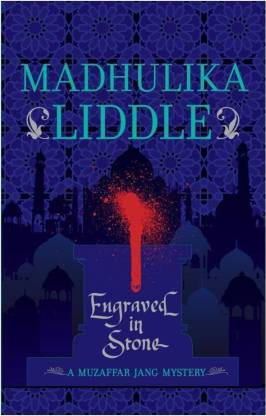 Madhulika Liddle’s Engraved In Stone takes readers into some fascinating secrets of the Taj Mahal, two years after its completion.

Thrilling and entertaining at the same time, Madhulika Liddle’s Engraved In Stone takes a closer look at many of the secrets surrounding the enigmatic Taj Mahal. This exploration happens for a whole of two years after the completion of this magnificent structure.

The protagonist of Engraved In Stone, Muzaffar Jang, is the epicenter of a murder mystery revolving around the suspicious death of a noted trader Mumtaz Hassan. Jang, a nobleman and skilled investigator, is handed the responsibility of solving the mystery by Mir Jumla, the Diwan-i-kul. Muzaffar finds no plausible evidence at his disposal, except an equally mysterious paper fragment ensconced in the fist of the murdered trader. Muzaffar has to solve the murder mystery before Mir Jumla’s return if he wants to avoid being beheaded.

The dead trader’s opulent lifestyle and past throws up clues, which Muzaffar starts to unravel, including Hassan’s scandals and romances. He stumbles upon the story of the unfathomable disappearance of a forgotten woman. Muzaffar falls in love with Shireen and deals with a plethora of suspects.

Liddle captures India in the seventeenth century in Engraved In Stone. Her picturesque scenes and settings provide solid historical backing to the novel. A thrilling murder mystery, the book hooks readers right from the first chapter itself. Avid readers of detective stories will not be disappointed with the sheer detail, scintillating plot and sufficient twists and turns. The story gains some much needed momentum right from the third chapter onwards.

Madhulika Liddle is a prolific Indian English writer. Apart from her novels, she has also dabbled in short stories, travelogues, non-fiction and writings on classical movies.

Madhulika Liddle has also written books like The Englishman’s Cameo and The Eighth Guest & Other Muzaffar Jang Mysteries. She has also published a short story collection titled My Lawfully Wedded Husband and Other Stories.

Madhulika Liddle has worked with Habitat World, the India Habitat Centre, a travel portal, an advertising agency and also at NIIT Limited as an

instructional designer. She studied at the Institute of Hotel Management, Catering and Nutrition where she met her husband Tarun Bhandari. She has also written humorous articles, and recorded them as well. She won the Commonwealth Broadcasting Association Short Story Competition in 2003, and also won the Oxfordbookstore e-Author version 4.0. 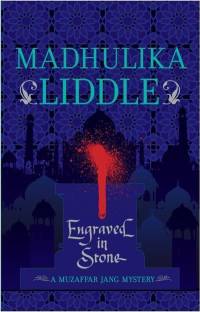 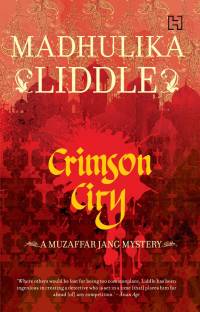 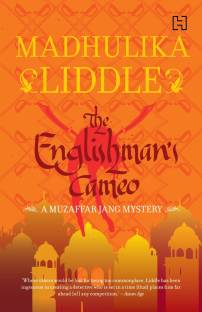 I love period mysteries that are well written, fast-paced and have an engaging storyline. Madhulika Liddle's Muzaffar Jang books deliver on all these, and 'Engraved in Stone' is no exception.

Muzaffar Jang, Mughal nobleman and ace detective, is in Agra, escorting his sister and the beautiful lady Shireen. While staying in Agra, he is invited to meet Mumtaz Hassan, a powerful merchant of Agra. When Mumtaz Hassan is found murdered the same night, Jang is ordered to find the killer by the Diwan...
READ MORE

It's a twisted tale... In the absence of forensic details and other modern tools, it's simply marvelous how deduction can lead to successful end of murder probes.

Muzaffar's own love life was a bonus icing on the cake...

I hope there are more to come in this series...
READ MORE

A very fast-paced and gripping novel!

It is one of those rare books that actually manages to take you off the real world and puts you right there - in middle of all that action! The book is set in an era which one can only imagine. But the writer knows what she is talking about and paints a picture that is so vivid that it almost runs like a movie before your eyes.

I was literally captured by this book and was compelled the whole way through it. I struggled with mixed feelings when the story came to an end. I was sad because I ...
READ MORE

Madhulika Liddle did it again in this book. Powerfully written, laden with mystery and history, both walking hand in hand, she writes the kind of English, which can easily become part of Literature and the gripping stories, place in one of India's most romantic periods, The Mughal period, leave one's eyes hungry for more.

Is it fiction or fact - so real, but so beautifully created and written! I would never miss any of Liddle's books nor would it ever not be a part of my Library.
READ MORE