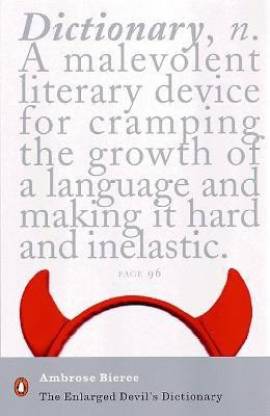 The Devil's Dictionary, begun as a weekly column when Bierce was a journalist, and developed into a full-scale satire, is, as he says, a punishment for rascals. Bierce became known as the 'laughing devil' of the San Francisco news media and his lampoons on religion, marriage, politics and society made him both the literary delight and the dreaded scourge of the whole Pacific coast. Written with wit, rather than humour, to be savoured by those 'enlightened souls who prefer dry wines to sweet, sense to sentiment', The Enlarged Devil's Dictionary demonstrates that if Mark Twain was the great satirist of Southern life, Ambrose Bierce was his equal in the West.