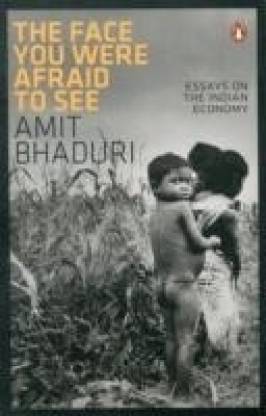 The Face you were Afraid to See (English, Hardcover, Amit Bhaduri Bhaduri Amit)

The Face you were Afraid to See  (English, Hardcover, Amit Bhaduri Bhaduri Amit)

Economists talk of prices rising or falling in response to excess of demand or supply in the market, but are at a loss to explain who sets the price in a market of many players where no one has the power to dictate price. They then have to invent the ‘invisible hand’ of a mythical god called ‘price mechanism’ to create the image of the market operating as a self-regulating system. While unregulated free trade amounts to groping in the dark, the situation is far worse when the prices and other rules of the market are set by the state on behalf of large corporations—as has happened in globalizing in the name of economic development.

Large corporations, aided and abetted by the land acquisition policies of the central and state governments, are indulging in massive land-grabbing. We witness the perversity of development in the destruction of livelihoods and displacement of the poor in the name of industrialization, in the construction of big dams for power generation and irrigation, in the corporatization of agriculture despite farmers’ suicides, and in the modernization and beautification of our cities by the demolition of slums.

One of ’s foremost theoretical economists, Amit Bhaduri, contends that we have abjectly surrendered to the conventional wisdom of our time—that there is no alternative to corporations and the type of globalization that they lead. The result, he warns, will not be a freer market and more freedom, but a disastrous and deepening chasm between the of privilege and the of crushing poverty.

The Face You were Afraid to See is a collection of compellingly argued essays that draws attention to the other that we turn away from. Fiercely critical of financial liberalization, corporate-led globalization and neoliberalism that celebrate unregulated free trade, the essays together make for a forceful critique of ’s economic policies

Read this for a class assignment but it really made me face up to a lot of facts. Bhaduri makes a very strong case against the current model of development that is very hard to argue against (unless you want to come across as a complete neo-capitalist); this book will stay with me for a long time.

An interesting, if repetitive, read. Perhaps the repetition is allowed considering the fact that it is a collection of essays, but maybe be better editing was called for?
READ MORE