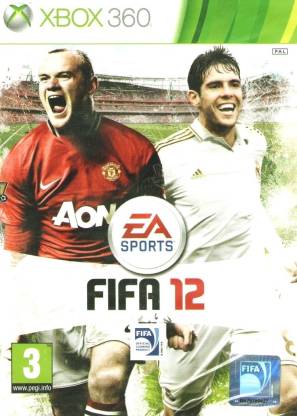 You can now develop your very own elite team of footballers by earning, selling, buying and exchanging items and players in the FIFA Ultimate Team online community. You can make and handle numerous squads and make them compete against some of the best players all across the world. Close dribble touches can be used to get better precision when it comes to controlling the ball and making your way through the defenses of the opponent. The menu system has been modified to allow a seamless navigation; the Main Menu can be customized to the user's preferences. All your matches will now have a more real-world broadcast feel and look. Furthermore, lighting has been enhanced, crowds are more authentic and a new default camera has been implemented.

By gaining experience points, the player can build his or her status. The user can track challenges, friends and more through the web. By incorporating the Player Impact Engine, this game assesses the force of collision between players and impact on the body so as to realize real injuries. Defending has been made more tactical as it has been re-designed. Alan Smith, Martin Tyler, Andy Townsend and Clive Tyldesley are the announcers who give commentary in the various matches. Over 15,000 players and 500 officially licensed clubs are featured in this game. Additionally, CPU players are now endowed with aptitude and self-awareness so as to make intelligent decisions.

Fifa 12 is worth the wait. it significantly tweaked from fifa 11. First the con, you spend half a day to install the game and if you don't have a fast enough connection then don't buy this game.
The tactical defending is the most interesting change in the game, giving more time to attackers to setup plays and making good tackles as crucial as shots on goal. The excitement of a last person tackle in the dying minutes of the game almost equal that of scoring a goal. In the career mode you have...
READ MORE

Just got my copy of FIFA 12. Kudos to flipkart for the super pre-order deal.
However once I inserted the disc the new EA/ Origins installer came up to ruin the party. First up once you complete a meticulous registration process, it goes on to first update the origins installer which takes a good 15-20 min and then downloads the WHOLE GAME 6.4 GB even thought the whole thing is on the disk. There is NO option that I could find which let me install the game from disk. Once you are done with th...
READ MORE

Worth the wait and money!

Well, I myself read a whole lot of the comments before proceeding to order Fifa 12(PC)for myself. I must admit, being an avid gamer, it's been a while since I've bought a game I've found to be worth it's pixels in terms of the cash forked out. Fifa 12 absolutely smashes the ball out of the park in that respect! People complain about Origin, but I've found it mildly troublesome. The instructions are right there on the autorun of the DVD, there's no need to download the game AGAIN and then inst...
READ MORE

Pre-order is worth it.

FIFA 12 is a break through in football game technology. The Player Impact Engine is a revolutionary feature in this utterly amazing franchise, which adds so much more realism to the already near-perfect game.
The pre-order deal was too good to resist. And getting the opportunity to lay your hands on this amazing game as soon as it is released, is great!
Thank you Flipkart. I think i have found the new marketplace, from where I will buy all my future games.
READ MORE

this version of fifa is surely better than fifa 11, but its not ultimate! the graphics are not in match with pes 2012 at all!
Other than graphics the gameplay is better than pes, but its not that realistic. tactical defending is the main cause of gameplay change from fifa 11. this game runs like butter on my alienware m14x. plz ea make fifa 13 with best ever graphics and gameplay!!!!!
READ MORE

I started my football journey with FIFA 09, and I liked it. FIFA 10 wasn't an improvement and I switched to PES. Played PES 10 and 12. Really liked it, thought FIFA was trash. Then I was forced to play FIFA 12 with my friends, because they didn't play PES.

Reaction? Stunning gameplay. The best part is that each time you pull a trick, it isn't going to be the same. The bots don't play well until you switch to World Class or Legendary. If you want to play online, I'd suggest you try and beat t...
READ MORE

must buy if your fifa fan...amazing edition..hadto be bought...easily better than the competition, worth the money..u will be engrossed for quite a while with an amazing manager mode and career, and to top it off an amazing multiplayer, what more could you ask for
READ MORE

Really Good Buy, but installation may be a problem

Installation doesn't really include downloading 6.4 GB [at least for me it wasn't]. It just extracts the 6.4 GB from the CD, as it happens in barely 10 minutes.

On a whole, though, installing and setting up Origin may be a bit frustrating for some, but for me it was worth it. It really enhances the game a lot, and the game wouldn't be the same without it.

I liked the product package and it was delivered a day before delivery the game is awesome but i needed a graphics card of 6 GB to run the game smoothly but the game is good.
READ MORE