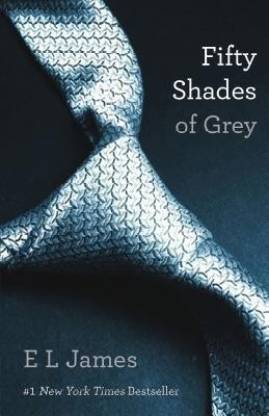 Description
"And in this quiet moment as I close my eyes, spent and sated, I think I'm in the eye of the storm. And in spite of all he's said, and what he hasn't said, I don't think I have ever been so happy."When literature student Anastasia Steele goes to interview young entrepreneur Christian Grey, she encounters a man who is beautiful, brilliant, and intimidating. The unworldly, innocent Ana is startled to realize she wants this man and, despite his enigmatic reserve, finds she is desperate to get close to him. Unable to resist Ana's quiet beauty, wit, and independent spirit, Grey admits he wants her, too-but on his own terms.Shocked yet thrilled by Grey's singular erotic tastes, Ana hesitates. For all the trappings of success-his multinational businesses, his vast wealth, his loving family-Grey is a man tormented by demons and consumed by the need to control. When the couple embarks on a daring, passionately physical affair, Ana discovers Christian Grey's secrets and explores her own dark desires.An Instant #1 New York Times BestsellerMore than 165 Million Copies Sold WorldwideOne of 100 Great Reads in the Great American Read133 Weeks on the New York Times Bestseller ListThis book is intended for mature audiences.
Read More
Specifications
Book Details
Dimensions
Frequently Bought Together 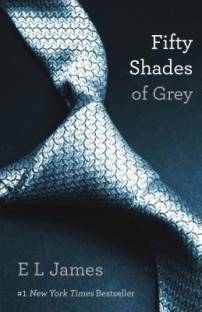 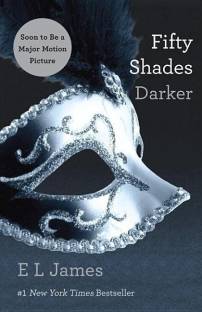 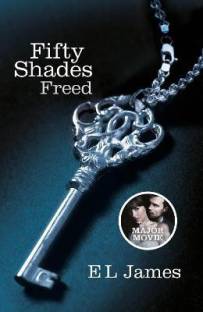 I just got to about 50 pages, skimmed through the rest and decided this wasn't worth my time. I mean, this book is SOOO bad that even the fifty pages i read, mid-way I started skipping the BORING descriptions and just readi...
READ MORE

Not for the teens (explicit)

Hi,
This is biggest surprise of my life so far. How did this pathetic work of EL James become a worldwide best seller? I'm short of words to describe the filthy quality of literature that has been dished out in the form of Fifty Shades. Personally I could not go beyond the first 80-100 pages. It not only a bad/weak story but it also lack creativity and imagination. I'm still wondering as to what did people love so much about this novel or is it just an example of smart/ intelligent marketing?...
READ MORE

Not worth either the time or the patience

Its simply awesome book... must read... cheers to flipkart... Flipkart gave me this book in a real cheap price... Thanks you Flipkart... This book is worth reading.... Lots of controversies are there about this book... but believe me its really a nice book.... Its not a simply dreamy kind of love story.. Its something different than other love stories.... It shows some other views.... Reall nice story....
READ MORE

The book often described as an erotica or risque novel has something 'more'(you will know when you read it)to offer to any incurable romantic. This is modern day saga of love, heavily peppered with carnal desires of the protagonists. A story is about LUST at first sight. Ana and Grey share an unseen pull towards each other which they discover in the very first meeting. The story unfolds the dark desires which lurk somewhere in every men and craved by every women, though the extents may vary f...
READ MORE

i had herd a lot abt this frm my frnds so i bought it and 1 thing i shld say tht this book has a vry low strting . bt as u go on redin it further u would enjoy it ( teenagers ). this book has not a really gud story .....its jst abt a milionaire and abt his extraordinary relationship wth anastasia , and d main prt his desires . d bst part of this book is tht d ending is done in such a way tht it will build an eagerness 2 red d nxt prt but still this book is good fr tee...
READ MORE

So have the other perspective....