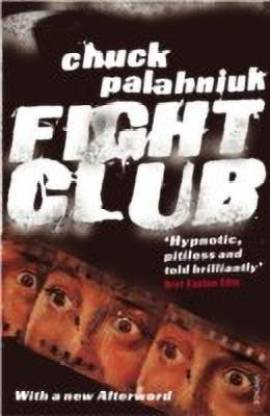 Fight Club is a radical yet emphatic story about the transformative nature of aggression and has been written by Chuck Palahniuk.

Fight Club, written in 1996 by Chuck Palahniuk, is his first published novel and was written in retaliation to the rejection of his novel, Invisible Monsters, by publishers. The theme of the novel is existentialist in nature and deals with profound human emotions.

The novel is the story of an individual suffering from insomnia who, on seeing a doctor is advised to pay a visit to a support group in order to realise the true meaning of anguish. Once there, he begins to find some kind of solace among the members of the support groups and is finally able to get some sleep. Meanwhile, he meets a man named Tyler Durden, and soon a friendship born out of a mutual sense of angst and hatred for the consumerist culture, evolves between them.

This rebellion within them leads them into setting up of an underground fight club, where men come to fight in order to relieve themselves of their misery. Every weekend, these men, each of whom personifies a different yet similar kind of failed life, come together and partake in fights. The book reveals to us the significance of the fights in the lives of these men and how this psychotherapy soon turns into an anarchist organisation with larger goals.

In 1999, the book was adapted into a film, Fight Club, directed by David Fincher, and starred Ed ward Norton and Brad Pitt.

Some of his other fictional works include Survivor, Choke, Haunted, Damned and Doomed.

He is known for his transgression from traditional ways of writing and for the use of satire. His writings usually deal with people belonging to the marginalised sections of society who then react to their situation in an aggressive manner. His writing was greatly influenced by writers like Albert Camus and Michel Foucault.

Palahniuk was born in Pasco, Washington, in the year 1962 and grew up near Burbank, Washington. He graduated from the University of Oregon, School of Journalism in 1986 and moved to Portland later. He wrote for a local newspaper for a brief period before beginning work with Freightliner as a diesel mechanic. The first novel he wrote was Invisible Monsters, which was rejected by publishers due to its disconcerting content but was later published in 1999 after the success of two of his other novels. He joined the Cacophony Society as an adult and his experiences with the group was the source of various occurrences in his writings. He won the Pacific Northwest Booksellers Association Award for Fight Club in 1997 and for Lullaby in 2003, and the Oregon Book Award for Best Novel for Fight Club in 1997. He has also written some short fiction for various magazines like Playboy and also a few non-fictional works. 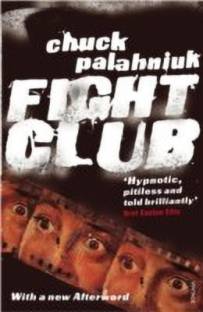 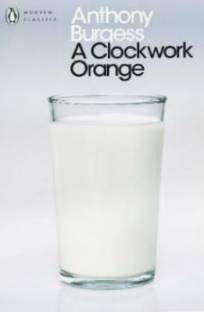 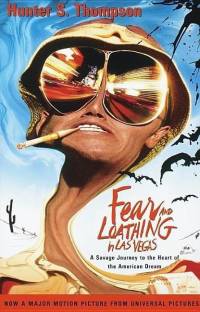 The things you own end up owning you

You buy furniture. You tell yourself, this is the last sofa I will ever need in my life. Buy the sofa, then for a couple years you're satisfied that no matter what goes wrong, at least you've got your sofa issue handled. Then the right set of dishes. Then the perfect bed. The drapes. The rug. Then you're trapped in your lovely nest, and the things you used to own, now they own you. ~Chuck Palahniuk, Fight Club, Chapter 5
READ MORE

Being a huge fan of the movie I was keen to explore the book to lap up all those awe-inspiring dialogues.. for I love books more than the visuals..

The read was great.. maybe I grasped everything Chuck wanted to convey because I have already watched the movie n times? I dunno how I would have reacted if I read the book first? Dizzy with the way the scenes jumps from Taylor to the narrator..

I came out after the reading the book with a single thought of awe for Mr. Chuck Palahniuk on how h...
READ MORE

Possessed by the book

What a fabulous read! I had seen the movie before reading the book, and was already mind blown. One of my favourite movies. But the book, was even better.

Project Mayhem was the best part.

May I never be perfect - My next tattoo.

Yes that's how crazy the book has made me.
READ MORE

The movie of the same released in 1999 is 8.9 rated in IMDB. It is one of the top fove best ratings worldwide.
Thats the movie, remarkably a Brad Pitt movie so you know its cool.
This is the book, and directly from Chuck Pahlanuik. It gets more better obviously. Please read, please understand. It really good.
READ MORE

Although this is one of the few books where the movie has also been made just as good as the book. Definitely worth a read for people who like this sort of alternative literature.
READ MORE

MUST READ FOR ALL METROSEXUALS

Awesome book....it's loaded with some hardcore minimalist philosophy...anyone who read it will question their lifestyle and you will think twice when you are ready for a shopping spree....If you have not watched the movie yet,it's better you read the book first.
READ MORE

I don't think I should delve into the matter of the contents of this book. All I will say is - either you'll highly like it or highly dislike it. It will get some reaction out of you. It is, not to use it as just another cliche, a must-read.

Now the book itself, I think is highly priced because it is a rather thin book. It seems absurd to spend over 400 rupees online on a book, considering the massive discounts we usually are accustomed to. But for lack of a competition in the market, this p...
READ MORE

this is THE book!

not much to tell here,
a book which grasps you like a good movie is anyway a great book.
don't even think if this is your type of book, read this book to find what type of person you are!
last centuries one of the best cult hit, and i would number it 1 in my list forever.
READ MORE

Powerful story and a compelling narrative. The book relates the how modern urban life eats away at the soul of people, and brings forward a whole-new mechanism for coping. It would make a lot of sense to male readers.

If you like to explore the mysteries of the human mind, if you like reflecting on the philosophies of modern life, then just buy Fight Club and read it. Its a journey you won't regret.
READ MORE

No need of review...This one dialogue is enough..