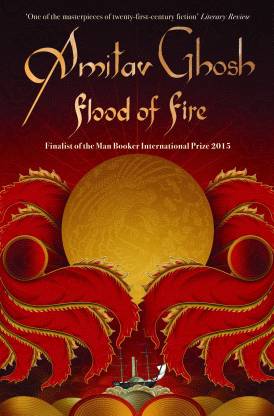 The grand finale of the IBIS trilogy - the year's most anticipated novel. One of the masterpieces of twenty-first-century fiction' - Literary review / It is 1839. The British, whose opium exports to China have been blockaded by Beijing, are planning an invasion to force China's hand. Their demands - an island base on the Chinese coast from which to continue their trade and a princely sum in compensation for their losses.

In Calcutta, Zachary Reid, an impoverished young sailor, dreams of his lost love and of a way to make his fortunes. His chance comes when the wealthy opium merchant Mr. Burnham gives him a job of a lifetime even as his wife provides Zachary with other allures.

Heading towards Calcutta is Havildar Kesri with his captain, Neville Mee, to lead a regiment of Indian volunteers in the upcoming war. Alert, battle-hardened, Kesri must turn his ragged, ill-equipped band of men, who know nothing about either China or sailing, into an efficient machine if they are to emerge out of this doomed expedition.

In Mumbai, Shireen Modi waits anxiously for news of her opium trader husband only to discover that he has died mysteriously in Hong Kong and lost all his fortune in the opium blockade. She must sail alone to China as war clouds loom to reclaim his wealth and reputation and in risking everything find a new life for herself again.

In Canton, Neel becomes an aide and translator to a senior Chinese official as Beijing begins to prepare for war with Britain. The more he sees, the more worried he becomes - for the Chinese have neither the ships nor the artillery to match the British in modern warfare. The future seems clear but do the Chinese know it? Fusing a profound understanding of history with page-turning narration, Flood of Fire - the final part of the Ibis Trilogy - is nothing short of a masterpiece. This is Amitav Ghosh writing at the height of his powers. 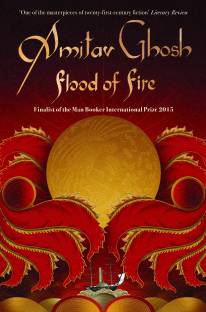 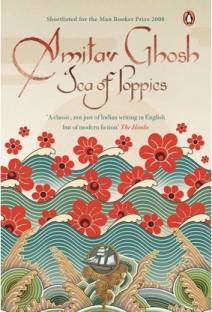 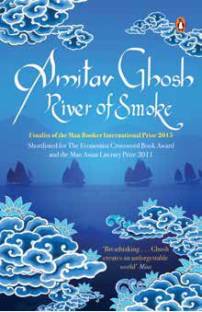 It is difficult to put in words the sheer engagement I experienced with this read. Amitava Ghosh is quite simply brilliant (such an overused word but in this case, apt). His research is meticulous and it is evident that much hard work has been expended in this. His ability to blend the his learnings into the stories is and its characters is marvellous.

For those who have read the first 2 parts of the Ibis Trilogy (Sea of Poppies, River of Smoke), this book brings it all together. [If you ha...
READ MORE

I received the book within 3 days of ordering. Excellent delivery, as always.

The book was perfect except for the corners of the hardcover which were a bit smeared. The page quality was a bit disappointing for a hardcover. Although, at 500 Rs, you can't ask for better than this.

The font size and the margins make sure that reading is a very pleasurable experience. The book itself is very immersing.

Overall, a good buy at this price.
READ MORE

Yes, I do accept that the book was good in parts

Yes, I do accept that the book was good in parts.When i first read 'the Sea of Poppies', i was shocked to know about the brutality of legal workers employed in Ghazipur Opium factory.I was startled to learn how men can think of totally sabotaging a woman's life and yet build a shrine to cover up the mess. Moreover the usage of desi language all across the book had made it even more alluring. On the flip side, Amitav introduced too many bollywood style action settings which made it look forced...
READ MORE

Flood of Fire - part 3 of the Ibis trilogy

Few other authors have such skill and control over both language and content as Amitav Ghosh. His third installment of the Ibis trilogy only reinstates my belief in his abilities.

The book continues with the story of the motley group of people who are linked together through their shared experiences on the schooner Ibis. Specifically, four parallel stories run together and a few other characters are introduced. The great thing with his narrative is his lucid descriptions of the scene and the...
READ MORE

Another enchanting and captivating novel from Amitava Ghosh. The IBIS trilogy has been one of the best books I have read. The amount of research and the way the story has been told is awesome. Infact while reading this novel I was transported to that era, the early 1800 India and south east asia. Excellent.
READ MORE

A riveting tale of the momentous events leading to and including the First Opium war; makes you think you were actually witnessing it.
READ MORE

I gifted this book to my bestie.She is a fan of Amitav Ghosh and now her series of Ibis is complete with this book.

The book received was in good condition.
READ MORE

Good quality and good condition as for product... As for Author Amitabh Ghosh masterclass...
READ MORE