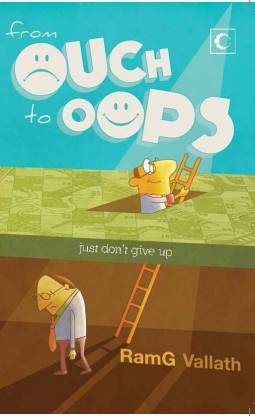 From Ouch to Oops: Just Don’t Give Up, by RamG Vallath, is a witty narrative of the author’s story of reinventing himself after falling prey to an incurable autoimmune illness.

RamG Vallath is struck down by a hopeless autoimmune disorder while he is doing extremely well in his career. When the symptoms of the illness starts growing, he will be asked to quit his job. It makes his life worse, as the medicines prescribed are expensive and have side effects too. Even when the medication is ineffective, RamG keeps his spirits high and remains to be the one to cheer both his team and his family. Finally, he gets treated in the United States and his disorder is completely cured. Inspired by the whole episode, RamG becomes a motivational speaker, mentor and consultant.

RamG Vallath was born in Kerala. He had an up-and-coming corporate career, having the experience of serving as the COO of Airtel and the director of Dell and HP until he was medically analysed with an autoimmune disorder. It affected his nerves and slowly enfeebled his muscles by the time he was 33. The following decade, while dealing with his failing health, he unrelentingly took complex jobs, still being the most cheerful and humorous person wherever he went. Finally, he found a potential cure for his disorder by undergoing a clinical trial in Chicago. His inspiring talk, Find Your Own Oops in Life, has been inspiring thousands of corporate employees and has also made them laugh heartily. 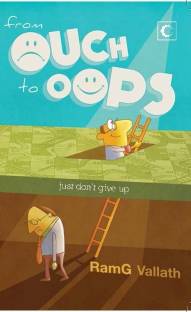 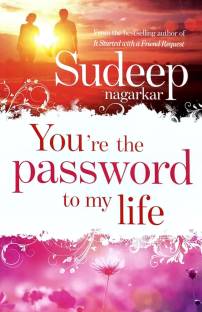 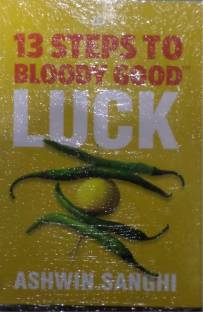 An extremely inspiring and motivating book, I remember being hooked to it on my flight from Bangalore to Delhi and finishing it in 2 hours straight! RamG's style of writing is very chatty and epigrammatic. From his experiences in college and work to the point when he was diagnosed with a rare auto immune disease, one cannot stop admiring his courage and conviction. For youngsters like me, facing a quarter life crisis, this book definitely motivated me to give my 100 percent to whatever I do i...
READ MORE

FOtO, Button yourself up for a humorously moving true story

When you date a Tamil girl persuade her parents to go with Malayai wedding!
Ask RamG, why?

Between the potlam at IIT Madras, pot luck at Chicago & a direct view of Playboy head office, RamG, the then-an-author-in-making also offers you a well-researched 15 steps to find a publisher if you are planning to be an author.

Per his admission he didn't know what on ether an ethernet switch is, a product he was supposed to make it sell in a new job where he joined with a 50% salary hike! How did h...
READ MORE

When the going is good little do we realise that a disability of any kind can ruin the world around you. RamG's forthright assessment of his situation, his tremendous will power and tenacity to turn things around is a story lucidly told with a decent spread of humour, camouflaging the intense pain and anguish he and his near and dear ones have been through during this ordeal.
I salute you RamG for showing us how to stay positive amidst all the negative stuff happening around you. It has been...
READ MORE

Oops to Ouch - a fresh perspective to life

A wonderful (short & crisp) reading experience - a life worth living and telling us about it!
"Don't give up" attitude can make someone so strong - Mr Vallath - hat's off to you...we are grateful that you shared your life with us.

Flipkart: as usual you delivered on time.
READ MORE

This book is truly amazing. Its like a launch pad which just boost you. I am very happy that i read this book and will recommend to all. Author is an amazing person and i am very sure you will find out once you read this. Buy it, its awesome..
READ MORE

The first book I read this year was Ouch to Oops and what a wonderfully positive way to start this year's reading spree! Kudos to RamG Vallath for bringing out such tough experiences in such a light vein and being thoroughly positive throughout the difficulties he faced. From the five years spent in completing engineering to the various successful professional endeavours, the book has something for every one to relate with.
This story will inspire many of us to move past the hurdles we face i...
READ MORE

Must read book for motivation.

Here is the story of a successful person, who was the director of HP, and one day he was down with a rare disease and got affected physically, but he was confident, cheerful, self motivated guy who took the courage to live good life and achieve the success. This is the best book if you are looking for a real motivational stuff from real life. A must read one.
READ MORE

Must Read Book for all

I was really in need of this kind of book. Thankful to the author Mr. Ram G for such a motivational book, really touched my heart with your real life story and struggle and the way u lifted urself with self motivation. This book proves that miracle does happen no matter what happens in your life if you have inspiration to achieve something in life. Hats off to you sir.
READ MORE

First of all great work by the author. When I heard about ‘Ouch to Oops’ book, thought this could be a normal one without much interesting elements, but after reading, I feel I can achieve everything in life. I recommend this book to individuals to get inspired and to have a positive life.
READ MORE

One of the best books I have read so far... close your heart and helps you to look up to in life even when your chips are down. One could a crisis from Health, Profession, Family or Finance .... each could be manifest itself differently however the one who can overcome all this with a smile is the winner. This Book from Ram G makes you a winner in every way.

Great work Ram G, keep it coming we are all waiting for more