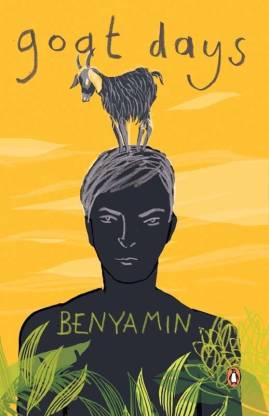 This award-winning novel by Benyamin is a poignant tale of an Indian immigrant's struggle in the lonely deserts of Saudi Arabia and his feelings of alienation, endurance, faith and love. Revolving around the happenings of Najib Muhammad's life, the story is based on true events.

The author begins the story by introducing the protagonist Najib Muhammad, who hails from the Indian state of Kerala. With an aspiration to get a good job and earn more money, newly married Najib decides to travel to the oil rich Gulf States, as is the case with numerous young Indians. But Najib's world turns on its head, when he is taken away from a Saudi Arabian airport to be a slave. What follows is the consuming tale of how his dreams about making a wonderful future for himself and his family go terribly wrong.

As the novel proceeds, Benyamin gives out appalling details about how Najib is mercilessly kept captive and made to work laboriously for a rich Arab in his goat farm. He takes this opportunity in the plot to tastefully describe the beauty of the lush green scenery of Kerala in which Najib grew up around family and friends. And, he compares this to the lonely and alienated days he is forced to spend in the scorching sand dunes. He captures beautifully, the turmoils in Najib's mind, his feelings of helplessness, and his desire for revenge.

There are also other characters in the story just like Najib's which stand as a mirror to the sorry state of innocent and exploited immigrants. Najib even makes friends with a couple of them in the hope of finding a way out. At the end, it is for the reader to find out if or not the young and tormented Najib succeeds in escaping this horrendous state of living and manages to actualize his dreams.

Goat Days intends to address the glitzy idea of migrating to other countries in order to acquire better lives, one of the biggest mirages chased by youngsters of this age. It presents a profoundly rhetorical question about whether this idea is as promising as it seems to be.

Originally written in Malayalam, Goat Days was first published in 2008 and became a sensational hit. It won the author the prestigious Kerala Literary Academy Award in 2009. It is presently part of the prescribed syllabus for those studying Malayalam literature in several universities across Kerala. This English version was translated by Joseph Koyippally and was long listed for the Man Asian Literature Prize in 2012.

Benyamin is a writer and novelist of Indian origin.

Benyamin was born in the year 1971, in Kerala, with the birth name Benny Daniel. He has been writing for various Malayalam publications since the age of 20. He moved to the Kingdom of Bahrain in 1992 and has been living there ever since. An engineer by profession, he works in an electro-mechanical company as a project coordinator. 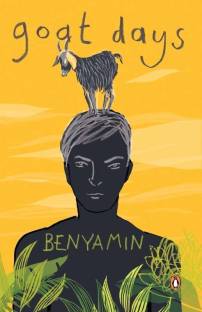 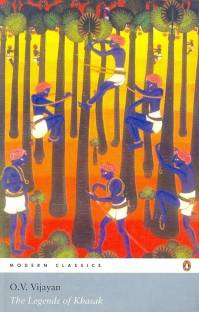 I actually thought of buying this book after reading a small excerpt of it in CARAVAN a year ago. For me, the fascination of Gulf for Keralites was quite an exciting theme and the way this book is written is extremely simple . Of course it is a translation (the original is in Malayalam) but in that simplicity, it hits you hard at certain points and almost brings you very close to the the character and his struggles. It is inspired from a true story and it has been beautifully created by the ...
READ MORE

GOAT DAYS –It’s original Malayalam title is ADUJVITAM/AADUJEEVITHAM. This grate novel was published in Malayalam on 2008 by BENYAMIN(Benny Daniel-Indian novelist and short story writter). He also won the KERALA LITERACY ACADEMY AWARD for this extraordinary writing. The English translated version of this book is coming on mid july(may be7th july) 2012. And the English translation of the novel for Penguin Book is done by Dr. Joseph Koyippally.

Great book. Un put downable. One can read in one go.
READ MORE

A Good Read, though you would prefer the Malayalam version more.

Flipkart delivered my order quite on time, and was in good shape.
The book is an English translation of Aadujeevitham, and hence might be a little less interesting than the original work due to losses in translation.
READ MORE

One of the most interesting books that i have read

Very interesting story as it is a true incident and its very interesting from the beginning till end. And also looking forward to read again
READ MORE

the product is good
READ MORE

It was a very interesting novel which made me to read fully at an instance.... A Novel of Hope as stated by Sunday Standards.... Must read and know about it....
READ MORE