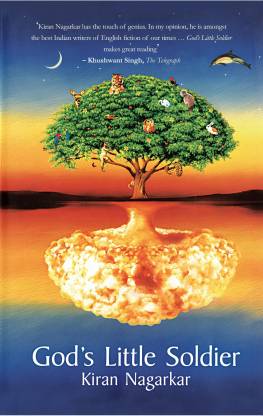 God’s Little Soldier is a contemporary novel by Kiran Nagarkar.

Zia is a young man raised in a wealthy and cultured Muslim family in Bombay. A gifted mathematician, he has a hard time choosing between the unquestioned certainties of his aunt’s faith and the tolerant and relaxed ways of his parents. He goes to Cambridge University and begins to fall into a fervent orthodoxy. His faith takes him to a terrorist training camp in Afghanistan, where he begins to participate in their clandestine operations. He later crumbles from his guilt and regrets the endemic violence and killings. He slowly turns to a new faith to find forgiveness, and finds it in the message of Christ. Yet, peace eludes him and he is again driven to find a cause to fight for. His brother, Amanat, is a writer, his life limited by his failing health and his crippling doubt. Their relationship is a complex web of emotions, emboldened by their blood and strained by the secrets between them. This novel tells the story of two brothers who hang on to their lives through a quest for spiritual meaning and purpose.

Kiran Nagarkar is an Indian novelist, film and drama critic, screenwriter and playwright. He writes in Marathi and English, and he is considered to be an influential writer of postcolonial India. 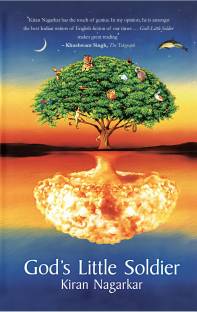 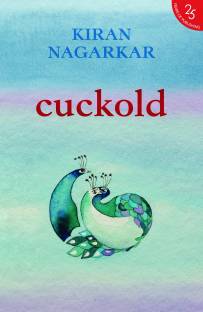