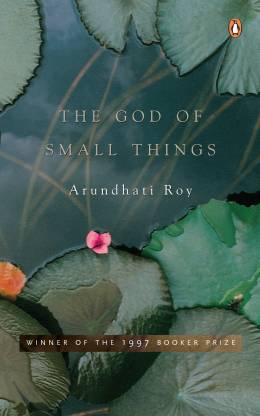 The God of Small Things offers a keen insight into human nature with sensuous prose and dreamlike style. It is set in Kerala, India, during the late 60s where communism rattled the ancient caste system. The story starts off with the funeral of young Sophie Mol, who is the cousin of the protagonists - the twins, Rahel and Estha. In a serpentine and suspenseful narrative, Arundhati Roy unveils local politics, social taboos and historical aspects that lie underneath family tensions which leave the relationships irrevocably shattered. In this poignant novel, Roy captures the children’s candid observations, while showing an adult’s clouded understanding and complex emotional life.

Born on November 24, 1961, Arundhati Roy is an Indian novelist, as well as an activist, who focuses on issues that are related to social justice and economic equality. Roy’s writings are formidable and masterfully told. With a voice that is indigenous and vision that is clear, Roy debuts with her novel, The God of Small Things. She has won several awards, such as the Booker Prize (1997), the Sydney Peace Prize (2004) and the National Film Award for Best Screenplay (1989), for her highly acclaimed work. 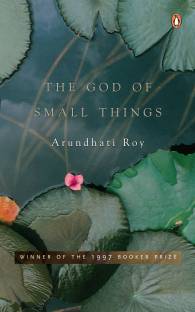 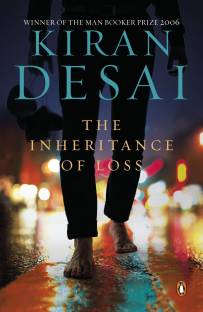 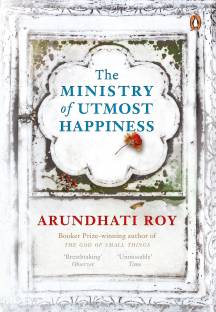 Splendid. In a word.

Have to come in terms with the fact that Only those with childhood still in them, would enjoy this book. How can such a beautiful language even exist?- That was my initial reaction to this. Ms. Roy demands such strong emotion from her readers that it makes you really wonder if you were an invisible being lingering around when the lives of the characters unfold in front of you. It literally serenades you, making you believe that these characters, really, yes, do exist. However, it your imagina...
READ MORE

This story will stay with you for a long long time

Arundhati is a poetess, an artist who spins munificence with the ordinary. Her story - a part biography is like fine music to even an untrained ear. She's one writer that I admire mostly because her words tell us a story in visuals. You feel the pain, the struggle, the sly humor and the God she cherishes in small things...

A must read for every one who likes good literature...

it's really worthy to read ....
one of the best novel to read...
spend a time with the valuable book...
spend money to buy..
READ MORE

The God of small things
By Arundhati Roy
A book which has words woven seamlessly and they play in your mind as a cadence that starts following a rhythm like poetry. When one is reading it, the words become a song and they keep humming inside your mind. The author adopts a style of writing in such a manner that subtle instances build into your conscience and the story becomes yours. Words are used as such as the mind imbues with them impromptu instead of being grammatically correct. A not so i...
READ MORE

When i began reading the book, i was a little troubled by the not so comfortable names. Also, the starting was pretty dark and gloomy. However, as the book progressed, i discovered the true charm of Roy's writing. The description is so fluid and artistic that you can actually picture the scene being painted in your head (I am not saying that you can picture the scene being enacted. I am saying that its almost like an artist is painting away with his brush and with each line read, the painting...
READ MORE

delivery person was good..but the quality is seriously disaster..off course,Arundhati Roy is ♥..would like to request flipkart to work on quality...we can purchase it from stores But since we have built up a trust factor with flipkart,still we are going for it..so please do kindly work on it...
READ MORE

its always a good packing, delivery but the book which i received is an oldiee...book wasnt torn it is in good condition only..but it looks old, the cover page itself is full of dust...otherwise i am happy wid flipkart
READ MORE

It's been a great advantage to me being a Malayali. the story is set in 1960's of Kerala. Makes U feel like Seeing the World through a Microscope... It's a reminder that there beauty, hope, sorrows and infinite joy in Small things of Life..... Life is all about Small things.....
READ MORE

A good book by a famous personality (though book made her famous)
whatever, a good book, must read for anyone who want to understand India a bit..
Good packaging, timely delivery..
READ MORE

One of the best works in fiction of all time

The God of Small things is one of the rarest fictional works ever written. I don't want to repeat the story, rather I would say about its style of writing.

The book, although a novel, is actually a poetic work. Unbelievable unfolding of beauty in saddest incidents, elegant description of thoughts, and creation of mist through continuous transition from past to present and present to past and word twists, makes the book what it is.

Recommended for those who love childhood, who love the conte...
READ MORE