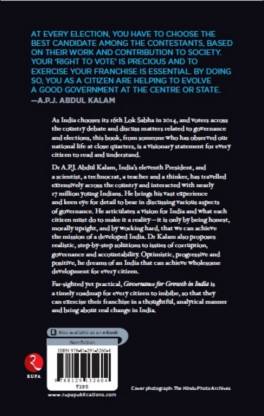 Governance for Growth in India, authored by one of the most inspiring Presidents India ever saw – Dr. A. P. J. Abdul Kalam, is a thoughtful and timely book on how the current issues India is facing could be tackled with an honest and corrupt-free governance.

Dr. A. P. J. Abdul Kalam is one of the few leaders of India who has inspired the citizens beyond expectations. His genuine concern towards the country’s growth has been unwavering and focussed. This book brings out his never-ending enlightening thoughts and ideas to make India a better country in every sphere of development. Although a world famous scientist by profession, Kalam proved to be an eminent President, an inspiring leader of a massive country like India. He sets out numerous visions for not only the political leaders but also to the citizens of the nation. Farsighted ideas penned by him in this book are also practical and feasible to be implemented. His eye for detail and the thorough knowledge of the harsh realities are so compelling and commanding. A must have for responsible citizens and his ardent admirers. 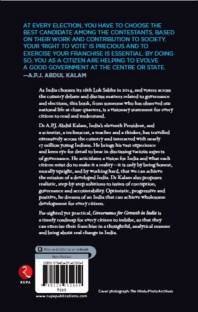 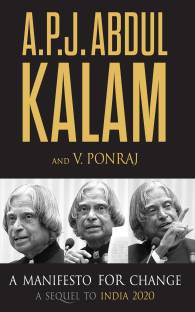 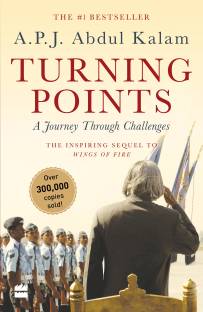 Who are preparing for Civil Services this book is helpful for key concept in GS paper 2 and 3 a chapter like Inclusive growth for good governance , e-governance for transparent societies , the vision for a new India are most relevant topic
READ MORE

I am really glad to buy this book and as expected it delivers me the content I wanted. Recently I was curious about the economics and governance of our nation so I chose this book. Who can can throw more lights on the topic like governance then a ex-president. Lastly I am very thankful to flipkart for its amazing service at my place. I recived the order in just 26-27hrs from placing it. Keep up the good work FLIPI :)
READ MORE

i have read this book. again Kalam ji have done good work. this book shows what you want and what should you do ? we everybody want good leadership and good government but when we cast to vote then we are not aware this thing. In this book have mention every and each perspective for good governece. thank you sir for good work.
READ MORE

This is the best book i ever read...dr.kalam is my favourite teacher..his sacrifice toward the society is unbelievable.. India is diversity in nature...and vast. His vision was united and administrative visible ...i read this at once...thank you president
READ MORE

The package was very amazing.
Too good
READ MORE

It's an amazing book. I'm glad to have it.
READ MORE

Visionary ideas for governance ..which is the need for the hour.Need for a hardcore political will to implement them.
READ MORE