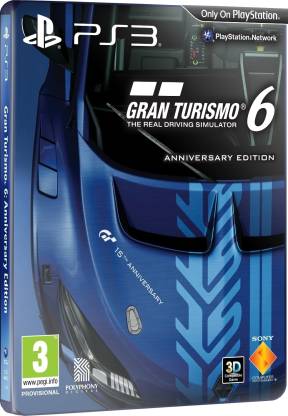 Gran Turismo Simulated Racing has been around for quite some time. The game’s sixth title, Gran Turismo 6 has been hugely popular since its announcement mainly due to the popularity of all the previous titles in the franchise. The Racing Simulator is published by Sony Computer Entertainment and is designed for the PS3. The game features some authentic race tracks where developers and programmers used actual track photographs to reconstruct virtual versions of them. Race tracks of Mount Panorama, New South Wales and many other scenic locations have been incorporated into the game.

The Gran Turismo 6 game is slated to be exclusive to Sony’s game console with over 71 layouts and 33 tracks inspired by real locations throughout the world. The game will also feature an all new Flexible Rendering Engine which can incorporate Adaptive Tessellation for noticeable game and game play improvements. This will also result in faster loading time and pre-caching, both of which will help in improving performance based parameters of the game. The Racing Simulator has a PEGI rating of 3.

The Anniversary Edition of the game includes a collectible Steelbook, over twenty additional cars and enhancements. Apart from this you also get a Torque Pack, Velocity Pack, Performance Pack and also an Adrenaline Pack to add to your game play experience.

Glad I went for Anniversary Edition

So glad I got this instead of the normal version. Yes it's slightly more expensive but you get a lot of extras as the benefit. With all those in game credits I could jump straight to more expensive cars and didn't have to torture myself driving a Ford Fiesta for 100 hours ;)

Remember the credit code is placed behind the user manual in the CD box. Make sure you have your internet connected to download all the extras.
READ MORE

The game arrived in a steelbook case.It looked pretty cool.I put the game in and it loaded and all that shit (It takes at least 3 mins to reach the game page) .I then realised that the additional stuff had to be downloaded.I entered the given key downloaded all the stuff, resarted my PS and I did not get the 1mn credits as mentioned on the site and the game box.I had to pay a further 600 bucks to buy the 1mn credits from the PSstore.
Besides all the crap the game is epic.
READ MORE

1
1
Permalink
Report Abuse
Have doubts regarding this product?
Safe and Secure Payments.Easy returns.100% Authentic products.
You might be interested in