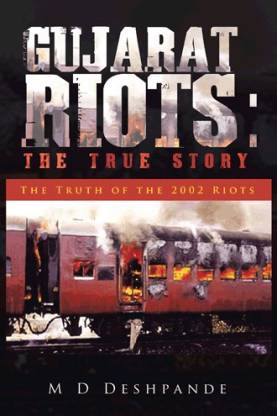 Gujarat Riots - The Truth of the 2002 Riots (English, Paperback, Deshpande)

Gujarat Riots - The Truth of the 2002 Riots  (English, Paperback, Deshpande)

Description
The 2002 violence in Gujarat, Godhra and after was reported widely by the media, both Indian and Global. The nature of the violence, the role of the state government, and also of the then Chief Minister Narendra Modi were massively debated and discussed. Many contrasting views have been expressed worldwide about the topic. This book reveals exactly what happened. With meticulous media research, it gives contemporary newspaper reports, official statistics and comprehensive analysis to reveal the full truth of the 2002 riots, and removes many misconceptions. It also gives a special chapter on the findings of the Supreme Court-appointed Special Investigation Team. With comprehensively documented arguments, this is like an encyclopedia on the 2002 riots, reveals everything you need to know about the Gujarat violence. Was the state government of Narendra Modi culpable, or did it handle the riots effectively? Was the violence after Godhra one-sided or was it plain riots in which both sides suffered? Were some reported incidents exaggerations or were they real brutal facts? The answers to all these questions are given comprehensively. A simple reading of the book will throw enough light and arm the readers with strong facts to make up their mind.

M.D. Deshpande has a degree in Computer Science and Engineering. He received his MBA from the Jamnalal Bajaj Institute of Management Studies, Mumbai, which is one of Indias oldest and most prestigious B-schools, boasting of Alumni who have made a mark throughout the world and are some of the most well-known names in the field of business. The author has done tremendous research on the subject of the 2002 violence in Gujarat. Apart from writing, he has keen interest in cricket and Indian history. Currently based in Mumbai, he works with an Indian Multi-national in the Pharmaceutical sector.
Read More
Specifications
Book Details
Dimensions
Frequently Bought Together 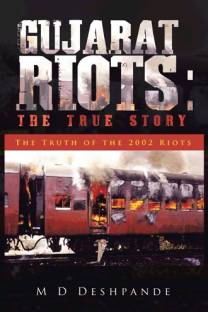 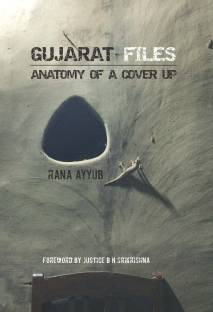 Encyclopedia on the 2002 riots!

Its almost an encyclopedia on the 2002 riots! Solid facts, comprehensive documentation! One of the best books I have ever read, and certainly the best on this subject. A must-read for all.
READ MORE

This book takes the reader on an engaging journey through the tragic events of the 2002 riots. It sifts facts from popular perceptions and accurately chronicles the role of the government,media & NGOs. It describes how the Modi government in Gujarat navigated through the troubled times and thoroughly analyzes its rights & wrongs
It is a must read for anyone interested in Indian politics.
READ MORE

Amazing facts about the double standards and the sickular mind of most of the reporters in trying to nail Gujarat Govt & Narendra Modi.
Writer has presented all the facts with hard evidence.
One of the most well returned book.
READ MORE

The Best Book to know the truth

I have read other authors they give their opinion and fail to give references to their point. They sell their book for cheap price compared to this book, but, if you want to know the truth you need to read this book.

Neutral Book which gives ample references to what they say in the book, which is a true indication of what happened. But this books scores well and it definitely a true representation of facts.
READ MORE