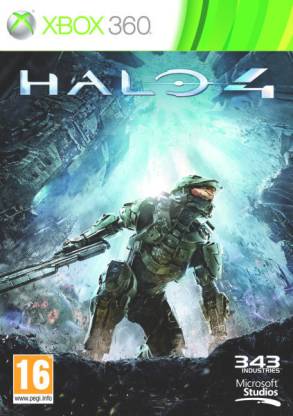 It’s been 5 long years since the sun set against the backdrop of an alliance that finally resulted in bringing peace between the humans and The Covenant. Master Chief is sleeping peacefully aboard the UNSC frigate, Forward Unto Dawn, but he will be jolted into action with the cries of help from Cortana, the ever-helpful AI in the Halo universe.

Halo 4 brings you a brand new story that unravels a secret haunting the humans and The Covenant for generations. A planet filled with forgotten secrets waits for your arrival. Can you save the universe one more time or will you succumb to your fate and admit defeat? Halo 4 gives you a chance to find out the answers to all the above questions and a lot more.

The first instalment in the Reclaimer Trilogy, Halo 4 continues the story from the previous Halo game named as Halo 3. Designed for hard-core and casual gamers who have grown up destroying The Covenant in the previous Halo games, Halo 4 is a first-person shooter with a stunning new graphics engine. Available exclusively for the Xbox-360 gaming console, the game DVD carries a 16 rating from PEGI.

Call me when you need me. Making that promise to Cortana, Master Chief went into stasis, thinking he will wake up to a bright sunrise and freshly brewed coffee on his home planet, Earth. It wasn’t meant to be. Getting his heart kick-started with a surge of adrenaline, Master Chief is pulled out of his 5 year long cryo-sleep into a spaceship that has turned into a fiery inferno. Pulling Cortana into his head capsule, Master Chief sees that the UNSC frigate is headed into the mysterious Forerunner planet – the reason for all the wars in the previous games.

The newest adventure in the Halo series introduces you to a new world of villains and enemies who are the destroyers of many earth-like planets. Can Master Chief discover the reason behind the revelation of the planet and save his fellow comrades or will it be too late? Decide the fate of the universe by playing Halo 4. The game was developed by the newly-formed 343 Industries and published by Microsoft Studios.

The single-player campaign in the game will take you across the new planet as you try to rescue fellow soldiers who are in peril. The game’s campaign mode can be played cooperatively along with 3 more friends. This helps you advance through the story faster as your friends can have your back every time you play the game. Halo 4 offers a ton of improvements over its predecessors as it now includes split-screen multiplayer and a new episodic-based story mode named Spartan Ops. The content for this mode includes new missions and various videos and will be released over a period of ten weeks to gamers.

Customization takes a new way of life with Halo 4’s multiplayer as you can build your own version of the Spartan-IV super-soldier and progress through your multiplayer career. The different modes here include War Games, Forge, Theater and others. As you turn your opponents into a blood-filled mist, you can earn experience points and improve your ranking. Earning experience points is also important as you can unlock a variety of weapons, armor abilities and other upgrades.

From subtle changes like the lighting to the heavily tweaked weapons and vehicles, Halo 4 presents a new gaming universe where you get to decide how you want to overpower your enemies. So drive around in your newly-designed Warthog and smash open your opponent’s skull with a single shot from your trusty DMR. Halo 4 gives you a chance to do this and a lot more. 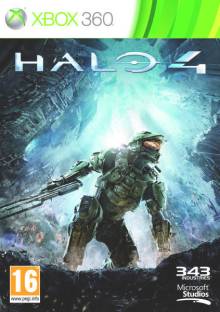 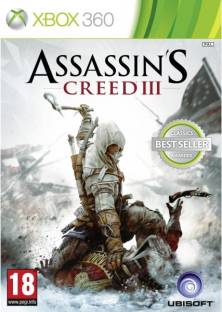 Halo: Game of the decade

Ok; that is only according to me. But this is one of the 'Perfect' games. I hate when people compare this game with COD and Battlefield, because this game is on another level.

It's main plus point is it's story. The storyline is extraordinary; a story you can expect from an Oscar Winning Movie. The cut scenes are fabulous, the artwork is just the best. The story makes the player sit down on his chair; but BEWARE; it can make some very emotional. It is very obvious that halo fans expected an...
READ MORE

Halo 4 is an awesome game, just fascinating. flipkart sold it at a cheaper rate. We also get an Xbox Live gold for 14 days. Packing was good. delivery was fast. pleasure ordering from flipkart
READ MORE

So all the PS3 owners who are reading this review,i have something to say to you guys......DONT CROSS THE ""UNCHARTERED" TERRITORY.....hahaahahahhaah.......!!!
READ MORE

I played this with my friends & family - loved this. I generally don't play online, but I do use the multi-player option to play with my firends sitting together - using multiple controllers. This is fun! Story line is good (though bit predictable) & you feel like going on & on.
Good buy!
READ MORE

Blows away Call Of Duty

Best first-person shooter game out there. Awesome storyline, tried and tested gameplay and perfect online experience, and like always support for Xbox is brilliant by Microsoft. If you have an Xbox 360, you need this game, else your collection is incomplete.
READ MORE

this was the first installment of 343....i think they have done a fantastic job....it is a must buy game. Cortana and Master Chief are hotter than ever....emotional and action packed story....Halo series is the reason for the success of X-box series.
READ MORE

I did not buy this game from here but I am sure that dis is the best halo till now.you just can't stop playing big team infinity slayer once you've started.but the one con in this game is just that because there is not a big 360 fan club in india so there are not many people to play wid in the afternoon(basicaly it takes some time to find players to play wid)but if you come online in d morning.......................you know wat I mean right?the campaign is also awesome I just love it.I would...
READ MORE

Easily the best game i have played in 2012, if not the best one i have ever played. If you have an xbox, you MUST buy this game, the campaign is just breathtaking with amazing graphics and the multiplayer is the most fun i have ever had online.
Graphics:9.8/10
Campaign:9.6/10
Multiplayer:10/10
Overall game : 9.7/10
(Ps: I have black ops 2 and this game absolutely thrashes it in every aspect, don't hesitate to pick it over black ops 2,as it is far superior)
READ MORE

WORTH every single penny.
READ MORE

0
1
Permalink
Report Abuse
+
All 30 reviews
Questions and Answers
Q:Does it have multiplayer option?
A:yes, under campaign mode you can connect two controller and play but there is no manual save option, only auto save.
ABHISHEK CHOWDHURY
Certified Buyer
1
0
Report Abuse
Q:Is this pal/ ntsc
A:pal
BHAVIN GODA
Certified Buyer
0
0
Report Abuse
Didn't get the right answer you were looking for
Safe and Secure Payments.Easy returns.100% Authentic products.
You might be interested in